Can community councils save the City of Toronto? 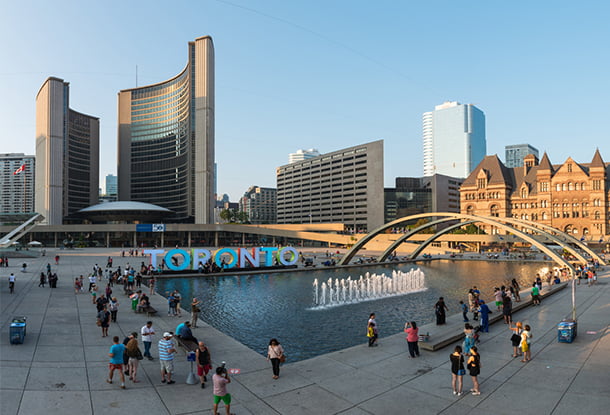 Can community councils, the underfed underdogs of municipal government, save the City of Toronto? In the current crisis facing the City, it is worth considering.

The arbitrary and precipitous cut of Toronto city council to 25 members has affronted many, for many reasons. Some see it as vengeful; others as antidemocratic, particularly coming in the middle of an election campaign.

Still others focus on the overly large municipal wards in the new electoral map. By going to the federal/provincial electoral boundaries, the average ward size will be about 110,000, close to twice the old size of 60,000. This number may be suitable for other levels of government, but at the municipal level, which deals with day-to-day service delivery and where the local councillor is a primary conduit for resident concerns and wishes, this is too large.

This was recognized over twenty years ago when the province amalgamated six cities into the so-called megacity. Community councils were set up to deal with local issues in each of the former cities, in what scholars Alexandra Flynn and Zach Spicer have characterized as an afterthought to placate people angry about the loss of local autonomy. Those community councils never became high functioning, and the original six were reduced to four. They remain an under-utilized instrument in the governance infrastructure.

This established a two-tier government. According to an analysis by Enid Slack of the Institute on Municipal Finance and Governance, the Metro tier looked after citywide operations such as administration and finance, some emergency services, and public housing. The local tier, essentially the remaining governments from the amalgamated municipalities, looked after more local matters and gave residents access to government and politicians. Shared between the two tiers were parks, planning, traffic control and other things that relied on existing infrastructure like water supply and sewage disposal.

The general consensus was that the Metro form of government, much studied by people internationally, worked well. It lasted until 1997, when the Province forced another form of amalgamation by eliminating the lower tier and creating the City of Toronto from what was formerly Metro Toronto.

In 2018, as Toronto faces a dramatic reduction of its Council by Provincial fiat, one of the great worries is the loss of that local connection that the lower tier of Metro provided.

The City might consider reverse engineering Metro to fit the current circumstance. It might construe the 25-member council as an upper tier, like the old Metro Council, to take care of the citywide issues. It might then establish a robust set of community councils to act as the old lower tier, focused on very local matters.

The City would not have to seek permission from the Province to establish a new lower tier. It could delegate to it a similar set of duties, obligations and powers as before the 1997 amalgamation. It could construct an elections process for the community councils, even mirroring the old Metro system of simultaneous elections to the upper and lower tiers on the same ballot. There are probably people at City Hall who still remember how it was done.

There need be no limit to how many community councils are established. The current four are probably insufficient: with a population of almost 3 million, that is an average of 750,000 people per community council, making each larger than all but four Canadian cities (not counting their metropolitan regions). Toronto counts about 140 neighbourhoods, and that is probably too many, although at an average population of over 21,000 they are larger than many towns with their own councils.

As Toronto’s leadership is thinking about how to deal with the precipitous changes wrought by the Province, going back-to-the-future to the Metro form of government which served the City well has merit. It is within its power to do so.

A shorter version of this opinion was first published on September 2, 2018 as a Toronto Star op-ed.

Can community councils, the underfed underdogs of municipal government, save the City of Toronto? In the current crisis facing the City, it is worth considering.
Sign up for our newsletters