Cooperation rather than coercion: An informal approach to effective regional governance in Canada 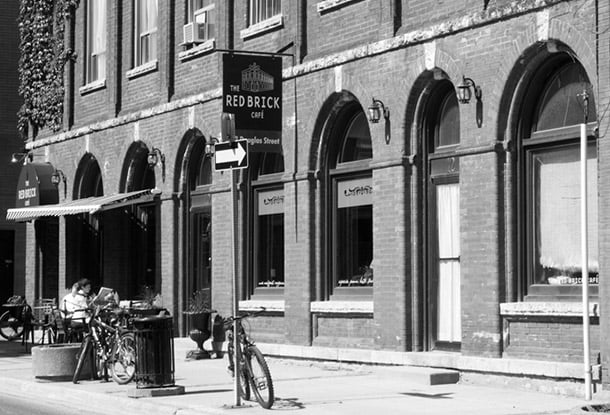 For the last few decades, there has been a growing commentary on Canada’s anachronistic approach to its biggest cities. Over the 150 years of our country’s history, our large cities have become economic, social and cultural engines.

But they remain locked into a constitutional structure from the time of Confederation which limits their powers, governance structure and ability to raise the revenues necessary to meet their challenges. Much of the commentary has centred on our three large urban regions of Toronto, Montréal and Vancouver. However, some lessons and observations have also spilled over to the next tier of cities, such as Calgary, Ottawa and Edmonton. These are our urban regions with populations of more than one million people. Almost half of Canadians live in these cities – more than half if you include economically related and contiguous cities such as Hamilton and Oshawa (in the case of Toronto) or Chilliwack and Abbotsford (in the case of Vancouver).

The commentary has focused on powers, governance and revenues, as well as on the effective management of cities. Cities have to perform a lot of duties, mostly mandated by the provincial government – their constitutional masters. They must make sure drinking water is safe, sewers are in working order, garbage gets picked up and dealt with, roads and bridges are built and maintained, transit systems are reliable and affordable, social housing is safe and affordable, police and fire services are effective, public health services are available, local property tax and other revenues are collected effectively, city employees are paid competitively and on time, businesses are attracted to the city and retained, and a whole myriad of other things. In our big cities, all of these must be delivered on a large scale.

And our big cities have generally performed well. For years, the Canadian Urban Institute had an international practice which hosted managers from international cities in Canadian cities to learn about how water, waste, traffic and other services were delivered. It also took managers from Canadian cities abroad to work with others in improving their services. I was in a number of cities in China in the 1990s and watched as members of the Toronto Police Service worked with Chinese municipal police services, exchanging practical advice. Internationally, large Canadian cities are seen as well run.

But what about our other cities – those beneath a million residents? Or below 100,000? Or even smaller? They have most of the same demands, but must deliver them on a much smaller scale and often with fewer resources. They don’t have large public works departments that can hire specialist engineers or economic development officers to build the business base. They are harder pressed to provide key staff with ongoing professional development and training. But the needs of their residents are the same: public goods and services which at the very least don’t harm them and at their best can help people live better lives.

One approach to meeting these challenges has been municipal amalgamations. Advocates have touted them as a strategy to create scale from which would come spending efficiencies. In addition to saving money, they purportedly would provide stronger governance. They came in a spate about twenty years ago: Halifax in 1996, Toronto in 1998, Ottawa and Hamilton in 2001, Montreal in 2002, and many more of smaller scale.

Generally, the results from amalgamations have been disappointing. They haven’t saved money. Instead of the dream of eliminating five fire chiefs and having just one, the five became deputy chiefs at the same salary and a new overall chief was hired. Instead of five union bargaining units getting one averaged wage, the four lower paid units moved to the highest level. And the efficiencies didn’t pan out either, as administrative reform proved more difficult than at first blush. Researchers Adam Found and Zach Spicer found that when strategies to find efficiencies are forced upon cities, they haven’t tended to work out.

Amalgamations have been perceived as difficult to unwind and so cities have persisted with looking for efficiencies and trying to make sense of higher costs. The problems were exacerbated in some places by provincial governments downloading costs at the same time for things like public housing, courts and roads.

Another strategy for better service delivery is privatization. Where there is a gap in a city’s ability to provide a service, it can be contracted out to a private sector supplier. This can work well where there are multiple suppliers so the city has competitive alternatives, or where the city is privatizing only a part of, say, a garbage service and retaining the rest so there is a competitive benchmark with the private supplier. In the absence of competitive suppliers, the relationship can become difficult, particularly in the event of declining performance or increased costs beyond those anticipated in the original concession agreement.

Perhaps the most promising way to deliver services is through voluntary sharing between municipalities. This is a conclusion of Found and Spicer. Cities can arrange with a neighbouring city for the provision of a particular service or set of services. They might pay a fee for the service or provide a compensatory service in exchange. For example, one city might provide management of water and sewerage systems in exchange for the other providing payroll and finance back-office services. Or they might form a governance body to manage transit, social housing or retirement homes for the cities involved. In the U.K., some sharing has occurred as a result of a national government move to municipal privatization where there was a push to put some services to tender. The existing municipal service providers, the public servants, were permitted to bid and in some cases won the bid. Boosted by their ability to compete, some began to bid on the tender processes in other cities and won some of those.

Sharing already occurs in Canada to some degree. Most urban regions have worked out how policing works across municipal boundaries so, say, a robber can’t hold up a bank in Vancouver and skip across the boundary into Burnaby and run off unpursued. Or have taken steps to ensure that a police surveillance unit can conduct undercover operations in neighbouring jurisdictions if they believe a crime is being planned to occur in their own. Water and sewers cross municipal boundaries. And if a community playing field has a municipal boundary running through it, the grass doesn’t get cut on only half of the field. These service agreements have been put in place through sensible discussions and common sense. In some parts of the country, they are more common. British Columbia is divided into urban regions and there is encouragement from the provincial government to engage in sharing through a protocol where municipalities can opt in to sharing arrangements. However, they are not required to do so.

Nevertheless, there is less sharing in Canada than in the United States – and much less than there could be. Found and Spicer give several reasons: a fear about losing local autonomy; suspicion that sharing might be a slippery slope leading to forced amalgamation or consolidation; a lack of awareness of how to make such an option work; and fear that such arrangements might be confused with privatization and raise the same difficult political debate.

There are several parts of the country where sharing arrangements would make immense sense. In the Maritimes, the cities of Halifax, Fredericton, Moncton, Saint John and Charlottetown are all less than a four-hour drive apart, with many other smaller places interspersed. The interior of British Columbia has several regions like the Okanagan Valley where Vernon, Kelowna, Penticton, and Osoyoos sit. And while the cities of Saskatoon, Regina and Winnipeg are as far as an eight-hour drive, in a modern digital world, many services can be delivered instantly online. Those three prairie cities could even be in sharing arrangements with Edmonton and Calgary.

These arrangements often begin with discussions with other cities at the city manager or city department head level. They may come from comparing notes about best practices in, say, human resource management, compensation and benefits provision or purchasing. They may begin as something like joint purchasing, where the benefits are tangible. They may come from an assessment of a talent gap, perhaps when a new infrastructure project is being undertaken, where the necessary expertise can be contracted, borrowed or traded from another municipality.

In addition to producing some efficiencies and enhanced competence, sharing arrangements might also lead to stronger regional political cohesion as both public servants and politicians become used to working together and identifying what unites them, rather than what divides them. Because the sharing is voluntary and arrangements can be opted into rather than forced upon, there is a better initial attitude that is more likely to seek broader opportunity rather than resist further pressure. Opting in also comforts those concerned about losing autonomy and local character.

Such enhanced cooperation among regional cities would raise the visibility and imperative of having a much stronger urban sensibility at the federal and provincial levels in Canada across the broad range of government portfolios. This would benefit not only those cities engaged in sharing arrangements, but also the large urban regions that suffer from our governmental arrangements having failed to keep pace with urbanization. And it would benefit the smaller cities in Canada as well, which could see sharing as a model they might reproduce locally. One of Found and Spicer’s recommendations is that such sharing agreements be made publicly available both for purposes of transparency and accountability, as well as for learning.

Should provinces or the federal government fear such arrangements? Some might. But the benefits of better service provision for residents, more effective expenditures and reduced redundancies might assuage their political insecurity about the potential rise of regional power bases. In fact, they might encourage it by offering incentives for cities to begin the conversation about sharing. They might publish templates for agreements or provide other knowledge about how such agreements might work. There is much they could do short of coercion that could make it easier for cities to choose the voluntary sharing option. They might follow the example of Brazil’s Public Consortia Act which permits the setting up of consortia for purposes of sharing services and lets participation by cities be voluntary, even allowing them to opt in or out of the various services of a particular consortium. They might choose to engage in a planning phase but opt out of the implementation phase for example.

As the country’s population grows through our continuing national commitment to immigration, most newcomers will continue to move to our large urban regions as they have since the Second World War. But other cities may well begin to attract them too, particularly if they make the effort to do so as a local development strategy, increasing the demand on city services. How to provide those services will involve both budgetary and strategic choices. A well-constructed set of sharing arrangements with regional cities may be a highly effective way to make sure residents are well served and Canada’s regions are strengthened.

Originally published by the Mowat Centre.

Voluntary collaborations between small- and medium-sized cities could increase efficiency and strengthen regional political cohesion.
Sign up for our newsletters