Imagine a city built on dignity 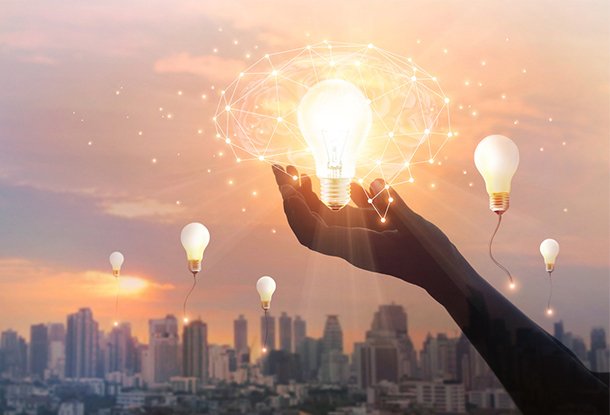 Lately, I’ve been thinking about Lenora. Now that I’m back in my downtown office, I’m seeing her again, waiting at the bus stop, dressed in the cashier’s uniform of a high-end grocery store. I like to imagine she has a short ride home, to a neighbourhood that she likes because it’s close to her parents, who pick up her children from school on days she works the closing shift. Lenora’s apartment has enough space for her family, and her wages cover her rent, groceries (she likes to cook), soccer, and dance lessons for her kids, and savings. I like to imagine Lenora spending time at her local park when she has a Sunday off. The park is pleasantly full, and it’s safe, welcoming and appropriate for the diversity of people who live nearby. I like to imagine that she is an integral and valued part of our city, and that she lives with dignity.

Lenora is not her name – I don’t know her real name, nor do I know what her real life is like. But I know that the scenario I’ve described above is unlikely. Instead, I would guess that her commute is long and crowded, and costs more than she can afford. Her home is also crowded, and she worries about making rent each month. Maybe she does like to cook, but rarely has time because she takes extra shifts whenever they come up to bolster her paycheque that, even at full-time hours, is not enough to make ends meet. She cobbles together child care, and relies on her aging parents more than she would like, because daycares are expensive, waitlisted, and close before her shift ends. The local park was designed in the past, without adequate lighting, or activities that suit the people who live in this neighbourhood today.

That first scenario might sound like a mid-summer daydream, and the second is more likely the current reality. But it is not fanciful to believe that we can make the first a reality, nor naïve to think that we can change the second.

Cities play an important role in making the first scenario a reality. Currently, the City of Toronto is developing a 30-year plan, while the City of Ottawa is drafting a plan that will take it to 2046. These planning periods are important times when we make choices that determine what our cities will look like, who and what will be supported, and whether we will start to move Lenora closer to the life we can only imagine, or leave her languishing in the reality that we know all too well.

Since all Canadian cities are required to develop long-term plans that set out a vision for the city’s future, they should envision and plan for a city that supports every person’s dignity and human rights.

What kind of city do we want to live in? We need to state our goals plainly. Setting a vision for our city is is often dismissed as formality. Or perhaps we take it for granted that the vision will revolve around businesses, systems and institutions, buildings and roads, preferences of developers, and public spaces. Important elements of a functioning city, certainly. But in setting out a vision, our leaders must begin with people’s daily lives, their lived experiences and dignity. Systems and spaces must serve people, not the other way around. For example, Amanda Burden, the former chief planner of New York City, used to begin with the way people experienced the street they were on. She aimed for the most equitable and enjoyable experience, and then planned the city from the street up. Former Toronto city councillor Adam Vaughan said the city must be designed to be the best place to be a child. Both of these visions start with people.

We must be explicit about the values and principles that guide decision-making. Too often, values such as efficiency, administrative simplicity, or value for money have been the drivers of policy and planning decisions. Instead, decisions should be grounded in principles such as dignity, progressive realization, accountability, and participation.

Take housing, for example. Many cities in Ontario are facing a housing crisis, including a scarcity of affordable and deeply affordable housing. In the private market, rental rates are high and few are larger units that can accommodate families – particularly in the downtown areas that are better served by public transit. Waitlists for social housing and rent-geared-to-income housing are years-long, and the application process means that prospective tenants might have little or no choice over where their home will be located.

Cities can increase the quality and quantity of affordable housing. For example, the City of Toronto recently transferred 761 atypical social housing units, such as single family homes and selected small buildings, from Toronto Community Housing to two community-led land trusts, which will manage the housing and ensure it remains affordable, permanently. While this alone does not solve the problem of affordable housing, it is a step in the right direction. If Lenora could find one of these homes downtown, she could spend less time commuting and more time with her children, or preparing meals, or simply resting.

No government can flip a switch and provide the vital elements of dignity overnight. We need to plan for progressive realization – steady progress towards realizing economic and social rights. To that end, we need to understand the current state, to set targets and timelines, and to measure the impact of our actions. For this, we need data: timely, high quality, disaggregated data. This data should be collected by government and publicly available.

For example, good data would help us understand the impact of equity-driven programs such as the Toronto Transit Commission’s Fair Pass Discount Program, which lowers transit fares for people with a low income. Who uses these passes, and when? Does a lower fare result in people using transit more often? Does it make certain routes more busy? Most importantly, how does this low-cost fare impact the lives of the people who use them? If Lenora spent less on bus fare, she could spend more on healthy groceries, or sign her kids up for city-run swimming lessons.

Data tells us one part of the story. But that story must be paired with the input of the people who are most in need of support. Residents should be able to participate throughout the decision-making process, from understanding the problems, to finding and testing solutions, to holding governments accountable.

Accountability must be planned for and institutionalized. Institutions can monitor or enforce, recommend systemic action or provide remedy to individuals, such as a Commissioner or Ombud. They can also be proactive, such as the Office of Community Engagement that has been proposed for the City of Edmonton, which could ensure that people have meaningful opportunities to provide input into municipal decisions. If Lenora could help the city see what would make her local park more welcoming for newcomers, she would be helping her neighbours settle into their new home and making use of the expertise that comes from her own experience immigrating to Canada.

By taking a human rights-based approach, cities have the power and potential to impact the daily lives of each of its residents. Our cities are the products of our collective choices. The way they look today, or will look tomorrow, is not inevitable. Let’s imagine a city that supports Lenora in realizing her human rights and dignity. And then let’s make a plan to get us there.

Cities have the power and potential to impact people’s lives. We must imagine, and plan for, a city that supports every person’s dignity and human rights.
Sign up for our newsletters