In the conversation around Sidewalk Labs, Toronto can – and will – stand its ground 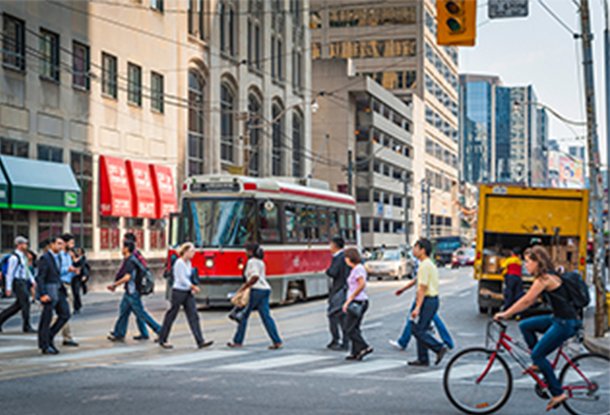 When it comes to Toronto’s Quayside, a neighbourhood project proposed by Sidewalk Labs (a subsidiary, like Google, of Alphabet), the most prevalent sense from critics has been one of doubt and fear. From the technology world, some see an ultimate horror in the evolution of an uncontrolled data environment. From the property development world, there are worries this is a commercial land grab dressed up as an innovative experiment. Some simply distrust big corporations, particularly big media companies. Some are politicians who fear the public interest is being breached. And still others don’t like it because it is a U.S. initiative.

But what connects these disparate groups is that their doubts are born out of the fundamental premise, unspoken or otherwise, that if this all went south, Toronto wouldn’t be able to fight back or hold its own. One city councillor has publicly expressed the doubt that city staff and politicians have what it takes to defend the city. They think that against a company such as Alphabet, we are overmatched civically and politically.

This isn’t a belief we share. We are in the midst of a lively public discourse which will help shape the way forward. And we have faith in our ability to engage in this discourse because we’ve been successful in doing it before.

Toronto has grown over the past few decades into a leading international city, sustaining rates of growth in size and wealth that have catapulted it up in world rankings. Part of this is because it is the financial and media centre of a sovereign country that has generally gotten things right economically and socially. It is because we’ve proven comparatively successful in landing and including immigrants. We’ve developed significant clusters of success in information technology, medical and health research, design and the city-building arts of architecture, planning and construction. Our universities and other postsecondary institutions are globally respected. Strong public support for education and health care, despite being under periodic threat, sustains a high quality of life and other public services provide safety and security.

These things haven’t happened by accident. Toronto, and many of the component cities of the Toronto region, have a generally high-calibre public service, particularly when it comes to financial management and the provision of hard services. Human and social services are also delivered efficiently, although they are typically underfunded because of the limited revenue sources that cities have (including no access to income or sales tax). Any number of studies and audits in recent years have underlined that Toronto is well-managed financially, given the revenue it has to work with.

There is a vibrant public discourse here. Organizations such as the Institute on Municipal Finance and Governance at the University of Toronto and the Ryerson City Building Institute maintain a program of reports and discussions on key local issues. And people including Toronto’s former mayor, John Sewell, act as a strong public conscience, asking tough questions and raising touchy issues.

On top of all that, we have a robust legal system where affronts to the community and assaults to the common good can be challenged, argued and resolved. Hundreds of times a day, on issues great and small, in courtrooms across the region, we debate, evolve and resolve our issues and problems.

We are not weak and susceptible; we have shown we can be strong and resilient.

A few years ago, Toronto Raptors president Masai Ujiri told long-suffering Toronto fans to get over their feelings of inferiority, their belief that nobody wanted to come here. He told us to feel confident, to believe in ourselves, to face adversity and work through the hard parts – and if we did that, then we could be champions. Today, that’s just what we are.

The Quayside project should not threaten us. Indeed, it provides the opportunity for us to grapple with the legitimate issues it raises, work them out and emerge with something that will make our city better. If we do, both we and the project will be better for it.

Anne Golden is the chair of the Ryerson City Building Institute and the former president of the United Way. Alan Broadbent is the chief executive officer of Avana Capital and chair of Maytree. Both are unpaid members of the Sidewalk Labs Advisory Council.

Originally published as an op-ed in The Globe and Mail.

The Quayside project provides the opportunity for us to grapple with the legitimate issues it raises, work them out and emerge with something that will make our city better.
Sign up for our newsletters