Income security should be at the centre of Ontario’s election 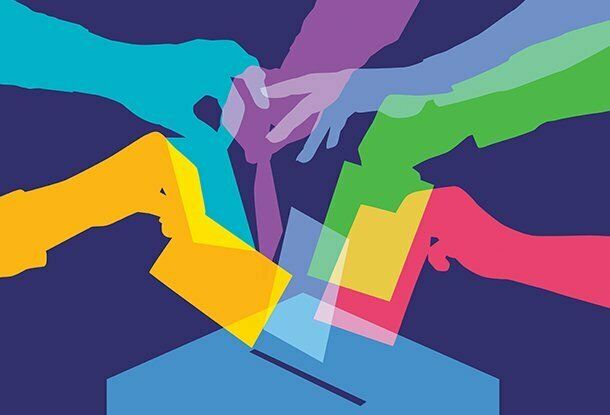 Our existing income security system is failing to meet Ontario’s needs. It is falling short on adequacy, design, and delivery. It is burdensome for governments to administer and for recipients to navigate. It undermines the economic growth of the province. In the long term, the costs of maintaining this status quo are far greater than the costs of improving the system.

As we are getting closer to the provincial election on June 7, we expect to hear from our party leaders about their visions for the province.

We have already heard encouraging policy proposals on dental care, pharmacare, mental health, and home care. We will likely hear proposals on child care, employment standards, tuition fees, and income tax to name a few. But we also need to hear directly about income security, a critical issue in urgent need of attention.

Despite broad consensus on the need for reform, little has changed following the recommendations made by the Lankin-Sheikh Commission on Social Assistance in 2012. But now the window of opportunity is open again.

Over the past year, three expert working groups conducted thoughtful research and came up with ambitious but practical ideas on how to improve Ontario’s current income security system. Through their careful work we now have an Income Security Roadmap – a series of 20 recommendations to be implemented over 10 years. It’s a comprehensive package with, among other things, specific ideas for supporting First Nations, those dealing with deep poverty, people with disabilities, and children.

The Roadmap was welcomed by income security advocates including Maytree, who have long been calling for reform. The low levels of support for working-age individuals have deteriorated under the current system which leaves people on social assistance at the mercy of political winds instead of an objective assessment of economic realities. This needs to change and the Roadmap suggests a way of setting and maintaining social assistance rates in a transparent way.

Despite the Roadmap’s array of practical ideas to improve income security, none of the parties have responded to the recommendations; nor have they outlined which, if any, they would take forward if they were to form a government after the election.

Election campaigns tend to veer away from talking about social assistance policy in favour of “middle-class issues” and “taxpayer concerns,” which are perceived to be vote winners. But outlining policy ideas on income security can win votes too.

Around 450,000 people are in families that receive on Ontario Works and a further 500,000 receive support through the Ontario Disability Support Program. Social assistance recipients are a crucial part of the electorate that no party seeking power can afford to ignore. And this is more than just political calculus — these are Ontarians that each of the parties is seeking to represent and serve.

Income security is also not an issue that only matters to those currently claiming social assistance. Social assistance is a crucial part of our social contract. It acts as the program of last resort to help people who have exhausted all other means of financial support to make ends meet and get back on their feet. An effective income security system assures voters that there is an adequate safety net to support them if they face circumstances that leave them in poverty. Such a safety net protects their right to an adequate standard of living and a life of dignity.

It also assures voters that their tax dollars are well spent. It would address the ineffectiveness of the current system that sustains poverty, leads to higher costs, and undermines economic growth. One study estimates that poverty costs the province between $32 to $38 billion a year through higher health care and social services costs, and lower tax revenues.

The problems with our income security system are complex and will take time and determination to resolve. But the Roadmap offers a clear way forward if our politicians choose to take it. It is up to the incoming government to act on that advice and for the parties seeking to form that government to outline what they intend to do.

Ontarians deserve political leadership that acts on behalf of all Ontarians, not just those that fit into their political target markets. It’s time for our party leaders to be open, honest, and ambitious on income security.

This Maytree opinion was also published on Huffington Post.

Our current income security system is failing to meet Ontario’s needs. As we get closer to the provincial election on June 7, we need to hear from party leaders about income security, a critical issue in need of urgent attention.
Sign up for our newsletters