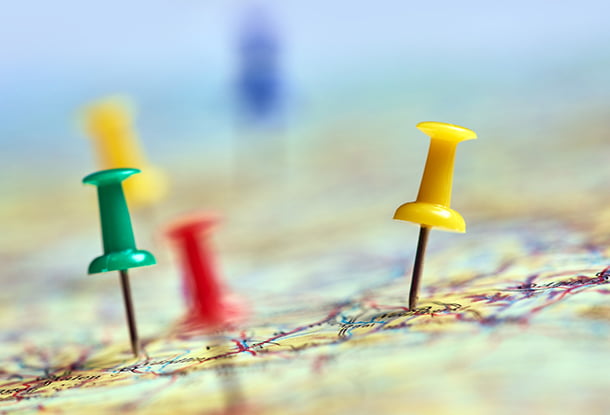 On November 2, 2017, the Ontario Government released “Income Security: A Roadmap for Change,” an expert panel report on reforming social assistance and the broader income security system. The government initially appointed an Income Security Reform Working Group in June 2016, later joined by two working groups representing First Nations and urban Indigenous perspectives. The government has indicated that it will be looking for input on the report’s recommendations for 60 days and will develop its own plan for long-term reform by early 2018.

Taken together the recommendations would substantially increase the level of income support available to low-income Ontarians, expand the range of other support for health and housing needs, and make all of those benefits easier to access for a wider range of people. At the center of this reform would be moving social assistance payments to simple (higher) flat rates while moving support for health, housing, or other needs to their own programs outside of social assistance so that they can be available to low-income Ontarians regardless of whether they qualify for social assistance.

The report takes a broad view of the incomes security system to look at the combined effects of both federal and provincial policies on people’s lives. The Roadmap recommends that these combined policies guarantee a “Minimum Income Standard below which no one should fall, as part of a system that promotes economic and social inclusion.”

The Roadmap also includes a focus on providing for the distinct needs of Indigenous peoples. Throughout the report specific recommendations are made on how to provide income security and autotomy for Indigenous peoples along with the funding necessary to achieve this.

Along with changes to what the income and services provided by the province are, the report also calls for a change in how it is provided, based on “a culture of trust collaboration and problem-solving.” This is reflected in proposed rule changes and changes in how clients interact with caseworkers.

The report calls on the province to establish a Minimum Income Standard (an income level below which no one should fall) and commit to reaching it in ten years. The working groups recommend that the target Minimum should initially be set according to the Low Income Measure at 50 per cent of median household income (this is the same poverty line used by the province in its Poverty Reduction Strategy). The report recommends that people with a disability have an income floor 30 per cent higher in recognition of the additional cost of living with a disability.

The report also recommends that the province develop a Market Basket Measure of low income specifically for Ontario and its regions. This is a measure that calculates the total income required to cover the costs of specific basic needs, and would be used to inform the Minimum Income Standard.

Most of the steps that the Roadmap envisions the Ontario government taking towards the Minimum Income Standard are through increases to social assistance rates, both for a re-designed and re-branded Ontario Works and for the Ontario Disability Support Program. That would begin with changing payments to a flat rate (merging the shelter and basic needs amounts) and effectively increasing the rates for single people on Ontario Works by 26 per cent and on ODSP by 16 per cent by fall 2020. Financial support would be further boosted by a new portable housing benefit (more on that below). The report recommends that rates continue to increase, so that in combination with other programs, the income security system as a whole meets the Minimum Income Standard in ten years.

The Roadmap includes the creation of a new Ontario Housing Benefit, an income-tested benefit that would provide financial support to all low-income renters in the province, whether or not they are on social assistance. While the report does not go into detail about a proposed design, the working groups do recommend starting with a modest benefit that would cover 25 per cent of the affordability “gap” between what the household could afford based on their income and their actual rent cost. The benefit would increase in depth to cover 35 per cent of the gap the following year, and continue to increase to reach 75 per cent of that gap by 2027-28.

Adding a separate housing benefit would represent a substantial increase in housing affordability support both for social assistance recipients and other low-income Ontarians — especially those facing long waiting lists for social housing.

The Roadmap would effectively eliminate or substantially increase the amount of financial assets that someone with low-income could hold before receiving social assistance or other benefits for low-income Ontarians. By moving support for housing, health benefits, and other employment supports outside of the social assistance programs, these supports would no longer be subject to financial asset limits (where someone would have to exhaust all of their savings before receiving support). The working group also recommends eliminating asset limits for ODSP altogether. For Ontario Works, a recommendation to exempt savings in both Tax-Free Savings Accounts and Registered Retirement Savings Plans would allow for people to hold onto substantial financial assets and still qualify.

The appointment of the working group followed several years of stalled progress on social assistance reform following the Commission for the Review of Social Assistance chaired by Frances Lankin and Munir Sheikh, which concluded its work in 2012. While there have been some modest changes to social assistance since that time, the Roadmap represents a fresh blueprint, focused on a ten-year transformation of the social assistance system and related benefits for low-income Ontarians.

Setting a Minimum Income Standard at the poverty threshold is an ambitious recommendation. If it was achieved, in ten years poverty rates could be near zero, as long as people are able to access the benefits. To put this into context, the headline target in the province’s Poverty Reduction Strategy was to reduce the number of children in poverty by 25 per cent in five years; the recommended Minimum Income Standard effectively aims to eliminate poverty for everyone in Ontario in ten years.

The Roadmap’s recommendation to expand health and housing benefits to everyone on a low income addresses the “welfare wall, ”where moving off of social assistance and into work means losing drug coverage or other essential services, leaving people worse off. However, the recommendation does not remove the “welfare wall” completely; it just raises the income level at which it takes effect. In addition, while it is possible to withdraw cash benefits like social assistance gradually as income increases, making the “welfare wall” easier to overcome, it is much more complicated to withdraw access to health benefits gradually.

While the Roadmap has consideration of the needs and costs for Ontarians with disabilities, it does not speak to income security for caregivers of either people with disabilities, children, or other loved ones with care needs. To the extent that these needs are addressed by the income security system today, it is primarily through the Employment Insurance program, which is in federal jurisdiction.

Newly released roadmap for income security in Ontario calls for a Minimum Income Standard and substantial increases to the income support available to low-income Ontarians.
Sign up for our newsletters