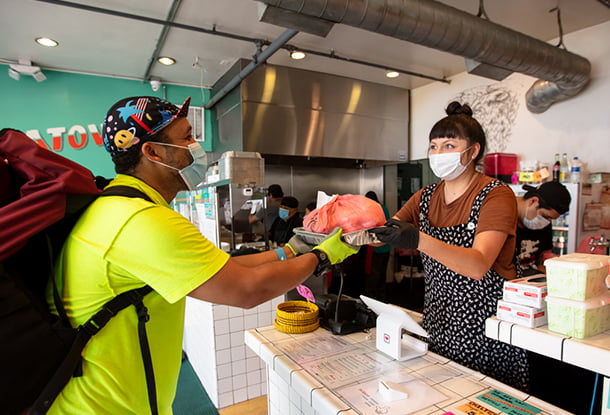 While most of us have been busy trying to enjoy the too-short Ontario summer and catching our breath between COVID’s third and fourth waves, the provincial government has been quietly considering the future of work in Ontario.

Quietly, as in holding the public consultation process by the Ontario Workforce Recovery Advisory Committee in what appears to have spanned about seven weeks. Compare this to the two-year long Changing Workplaces Review undertaken by a previous provincial government, which took place from 2015-17.

Quietly, as in publishing a single webpage for the advisory committee that offers exactly one way to participate: send a written submission by email. No roundtables or town halls, no surveys or outreach done through community groups.

Quietly, as in excluding the people whose lives will be most affected from the process. Neither workers, organizations representing labour, nor civil society advocates were invited to be a part of the committee or to come to the table to be heard by the committee.

And that was all before the whirlwind federal election and another fraught back-to-school season started calling for our collective attention.

For those of us concerned with the dignity of workers and decent work, it is not a promising process. Meaningful participation is a core tenet of a human rights-based approach. It is not a check-box exercise. Rather, it requires commitment, planning, resources, and mechanisms for accountability and transparency. It requires putting people at the centre of decision-making. That workers and their advocates have not been meaningfully included in the process is troubling.

But, while the review has not shown a commitment to human rights in its process so far, it’s not too late to put workers at the centre of the content of its recommendations, which are due soon.

Equity is a major concern. As it stands, our employment laws do not protect all workers equally. In particular, gig workers are commonly mis-classified as independent contractors instead of as employees, and therefore their employers are not held responsible for meeting the employment standards that they must for traditional employees. In addition, the gig workforce is disproportionately made up of racialized and immigrant workers. Equity for gig workers also means advancing the rights of these groups.

Of course, precarious work and mis-classification existed before app-based work – the trucking and cleaning industries come quickly to mind – but food delivery and ride-hailing services, and our reliance on the essential workers who have kept them going during the pandemic, have brought this into the public eye. The Gig Workers Bill of Rights, created by gig workers and supported by traditional organized labour, outlines some of the basic workplace protections that gig workers are asking for: minimum wage and overtime pay; paid sick days and vacation days; access to unemployment, pension and workplace injury benefits; and the ability to collectively bargain with their employers. That our current system allows this large and growing group of workers to be excluded from these basic, minimum employment standards is a problem that should be addressed, now.

The language “bill of rights” is important for a few reasons. One is that it calls attention to the universal human rights, specifically the economic and social rights that relate to employment, that are currently denied to this group of workers. Another is that it invokes the responsibility to protect and fulfill those rights. That responsibility begins with the government, whose duty it is to enact laws and standards to protect workers, and to enforce those standards to ensure that their human rights are fulfilled. In a democracy, a government’s first duty is the duty to protect; the support of human rights can be seen as a focused way to protect people in a society. This is a matter of governing, not of politics. It is not about pitting business interests against the interests of people, or left vs right; it is about understanding the role and obligations of government, and living up to them.

Yet instead of protecting, we see from other jurisdictions that some governments are facilitating the violation of workers’ rights, by creating a “third” category that is neither employee nor contractor. In effect, this legitimizes the mis-classification that allows employers to shirk their responsibilities to their employees. Ontario must not follow this path towards appeasing bad employers and away from decent work; on the contrary, it must act to protect the dignity of workers and level the playing field for responsible employers. When people are being harmed by bad labour laws or poor enforcement, the government cannot choose not to protect them.

Addressing the inequities faced by gig workers and, by extension, a disproportionate number of racialized and immigrant workers, is one specific area that this committee, and the provincial government, should focus on in its review. More broadly, the committee should work towards recommendations that promote workers’ dignity and decent working conditions for all workers. These will include permanent paid sick days, for example, or measures that ensure safe and healthy “workplaces” for the multitudes of people now working from home.

Through its lack of transparency and efforts to engage with workers in a meaningful way, this review has had a discouraging start. By bringing human rights principles into its recommendations, it can still end well. Dignity and decent work should be the cornerstone of Ontario’s workforce recovery.

The Ontario Workforce Recovery Advisory Committee failed to implement human rights principles in its process. It must do better with the content of its recommendations. The committee should focus on the government’s duty to protect all workers, including gig workers.
Sign up for our newsletters