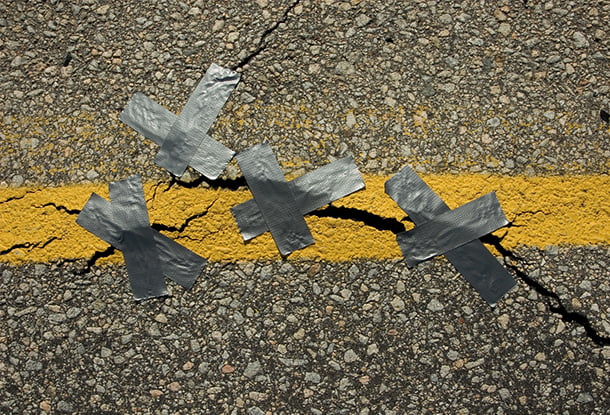 I learned quite early that policy can have a major impact on shaping your life.

I was just 8 years old when my grade 2 teacher convinced my parents that they had to take me to see a new family doctor. While our former physician thought that I was just a kid who was relentlessly thirsty and drank water all the time, my teacher had a hunch there was something else going on. After spending a week at Sick Kids, I was diagnosed with diabetes insipidus (which really is not diabetes in the traditional sense and is easily manageable with medication).

My family was relieved by the diagnosis, but I was compelled to know more. More about the systems that were in play here.

I saw firsthand how important access to a strong, universal healthcare system is.

But I also saw that our social and health systems needed further work to ensure that no one fell through the cracks.

While I had access to the world’s best endocrinologist (in my view, at least), my doctor could not help my family with the cost of my medications once I left the hospital. There were times when I was younger when we did not have extended health benefits, and I saw the decisions that families make when they try to ensure they can afford the medicines they need.

At the same time, I realized that I was incredibly lucky to be in a place with access to clean drinking water. In those days when I would constantly drink water, I never thought about whether it was safe for me to do so. Post-diagnosis, however, I realized that there were kids in other countries or in many Indigenous communities across Canada without access to clean drinking water. With the same illness, their outcomes could have been very different from mine.

This was when and how I learned public policy matters. And that early lesson drove me towards a career in public policy, including several years with the Ontario Public Service with the goal of informing policy development that strengthens our social safety net and reflects today’s economic, labour market, and social circumstances.

As time has gone on, I have begun to understand that the next era of effective social policy development cannot afford to ignore social and economic rights.

The increase in populist rhetoric and the election of populist governments throughout the world are leading to policies that undermine human rights, most visibly civil and political rights. Just as many public commentators would agree on that point, they would also contend that the rise of populist rhetoric is in part a response to a political and economic system that has left many people behind. I would extend this argument further and suggest that the political and economic systems that have left people behind did so because they did not put economic and social rights at the heart of policy development.

I understand that simply raising the idea of economic and social rights can lead to some discomfort. The naysayers contend that social policy issues are best addressed through our political system and that discussions around rights are theoretical, not practical.

I think otherwise. For several decades, pundits have been telling us that we are heading toward a critical time in Canada’s history. The labour market is changing; income inequalities mirror health inequalities; and despite economic growth, the global movement of capital makes it difficult for governments to use some of this growth to strengthen public systems. These are not new phenomena, and efforts to develop public policies that address these challenges have been, generally speaking, inadequate.

In my view, the articulation of economic and social rights is inherently political in itself. It asks the important question of what dignities should be afforded to Canadians, and provides an opportunity to crystallize the hopes for our society that we progressively aim to realize. As a discussion of rights necessitates a re-imagination of all of our responsibilities—from governments, to businesses, to civil society—it begins to further frame what a renewed social contract looks like.

The promise of economic and social rights to help articulate the type of society we want to live in does not negate the fact that social policy is developed in the political domain. Instead, it can articulate what Canadians stand for and are working towards in the long term. In the short term, how this is done is up to the public and the mandates of the governments they elect.

This is ambitious work. It is not something that will be realized in one year, or in one term of government. It will be a long journey, but we owe it to ourselves to start the process and try.

I look forward to working with you and the Maytree team to make this, and more, happen.