When it comes to poverty and single adults, solutions need to be both principled and practical 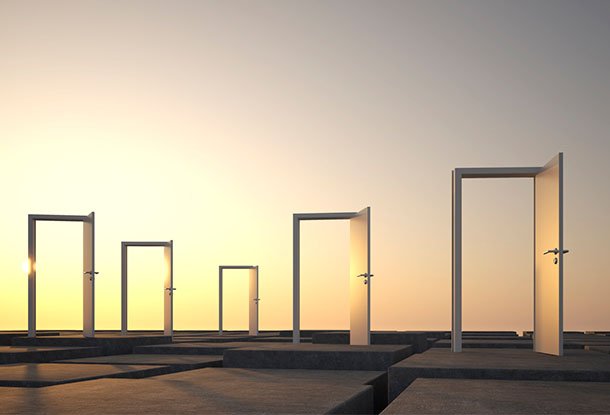 Whatever you think about the very different politicians associated with these slogans, together they give us a useful way to think about tackling poverty. Political rhetoric aside, if we want to make a difference in people’s daily lives, we will need both vision and execution.

We need a clear vision of a society without poverty. We need to believe that we can prevent poverty, that poverty is not inevitable, and that our collective actions will make a difference.

We also need workable plans that aim to prevent poverty and that prioritize the people who are in most need. We need practical strategies and tactics that aim to support human dignity. These should be founded on established human rights principles and norms.

Sometimes, a clear vision of a society without poverty feels hard to come by. Long-standing beliefs that inform our thinking and actions on poverty are deeply entrenched in our systems. These beliefs about who is poor and how they got there are woven into every fiber of our social safety net. Some, such as families with children and seniors who we no longer expect to work, are groups who might find themselves in poverty through “no fault of their own.” Our social safety net has developed to support these groups – for example, through targeted programs to increase their income.

Others, in particular single adults with no children, don’t get this treatment. As a society, we expect that they will support themselves with paid work, and we tie our public supports to this expectation. We consider the low rates provided by provincial and territorial social assistance programs and the federal Canada Workers Benefit (CWB) to be “incentives” to find paid work, or to work more. Beyond these few, inadequate programs, we don’t even seem to try.

Yet, single adults with no children make up half of people living in deep poverty in Canada. Many of these adults have paid jobs and still live in poverty. Our current labour laws allow employers to pay workers poverty wages without benefits, subject them to unpredictable schedules, or misclassify employees as independent contractors – all of which mean that being employed is no guarantee of a decent income. Others might have disabilities that are not well recognized by our current social systems, or have been pushed out of the care system without support. Our systems collaborate to create poverty in many different ways.

While we must grapple with the fundamental principles of our social safety net, and why it lacks any substantial strings to support single adults, the good news is that we can learn from the strings that we do rely on to support other groups such as families with children and seniors.

The federal government has shown that it can make a difference – the Canada Child Benefit and the Guaranteed Income Supplement are just two examples of public programs that have had significant impacts on poverty rates for these specific groups. Federal leadership, along with focused and principled attention to single adults, could have a similar impact.

As we will demonstrate in a soon-to-be released report, the federal government can transform the CWB into a refundable tax credit and, in effect, institute an income floor for single adults without children. This proposed income floor would have an immediate impact on the daily lives of 3.1 million people (1 million of whom are in deep poverty) and reduce the depth of poverty by up to 40 per cent in some jurisdictions.

Just as importantly, it would loosen the ties between income support and employment and thereby recognize that each person has the human right to an adequate standard of living.

Instituting an income floor for single adults regardless of employment status would be a step that is both principled and practical. A refundable tax credit is just one way that the federal government can take leadership on poverty.

The federal government has shown that it can, when it wants to, make a significant impact on poverty – it has done so in various ways for families with children and seniors. Single adults must be part of any plan to end poverty.

Instituting an income floor for single adults regardless of employment status would be a step that is both principled and practical. A refundable tax credit is just one way that the federal government can take leadership on poverty.
Sign up for our newsletters