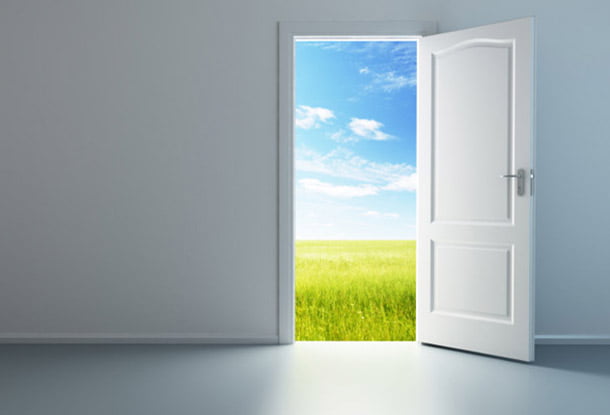 Canada stands poised at a threshold of poverty reduction. Representatives from every province and territory, and over 100 cities are headed to Ottawa for the Poverty Reduction Summit in early May to share ideas on how to reduce poverty. The province, territories and cities are all engaged in either strategies they have developed and implemented, or are in the process of developing. The Summit, put on by Vibrant Communities Canada, a project of Tamarack – An Institute for Community Engagement (a Maytree strategic partner), is an exciting moment.

As we stand on this threshold, the question is whether the door has opened just a crack or is about to be thrown wide open to welcome in a new era in dealing with poverty.

We’ve come a long way since the time, a few years ago, when a leading Senator was told by the editor of a prominent newspaper that “poverty isn’t an issue.” It has only been in recent years that provinces have begun to develop poverty reduction strategies, led by a few like New Brunswick and Ontario. Now most either have a strategy or are working on one. And while the federal government is not developing its own national poverty reduction strategy, the federal parliament is working through its Parliamentary Anti-Poverty Caucus to create action at the federal level.

Cities in particular are now taking the lead on poverty reduction, and doing so with energy. This shouldn’t be surprising as most of the effects of poverty on people’s lives play out locally and the municipal government being closest to people’s lived experience.

Inequality has become the issue you can’t miss. Some of the awareness of the need to pay attention to poverty comes from global voices. The Occupy movement highlighted the accumulation of wealth in a very few hands, which also illuminates the fact that most people aren’t paid enough to participate in today’s economy. Minimum wage and living wage campaigns have been waged internationally. Celebrated books have addressed inequality.

There is some good news. We know much of what needs to be done to reduce poverty. A number of programs are in place that work, like the Canada Child Tax Benefit (CCTB) and its provincial counterparts; the Working Income Tax Benefit; and benefits for the elderly like the Canada Pension Plan, Old Age Security and the Guaranteed Income Supplement. These programs are effective. The CCTB has reduced child poverty by 40%; the Guaranteed Income Supplement component of the Canada Pension Plan, aimed at low-income seniors, reduced single senior women’s poverty from 68% to 16%, and single senior men’s poverty from 56% to 12%. The Ontario Child Benefit, a provincial component of the CCTB, has reduced the percentage of single women on welfare rolls from 50% to 15%.

They work in good part because they have various elements of good design: they are large scale, income tested, refundable, targeted to people in need, and situated in the tax system. (“Refundable” tax credits work as tax deductions for those with taxable income, gradually disappearing as incomes rise, and as income supplements for people without taxable income.) As such, they are important components of any poverty reduction strategy.

There is a role for city-based poverty reduction strategies in these large federal and provincial instruments, and that is as an advocate for their full funding. When these programs are designed, a target is identified, either explicitly or not, which would remediate the low-income problem in question. What would it take for a family to raise a child successfully; how much does a senior need to live out life in dignity? But in Canada those targets are unmet. For example, the Canada Child Tax Benefit is funded at only 65% of its target, even 20 years after its inception; the Working Income Tax Benefit, aimed at the “working poor,” is funded at only 25% of its target. The Canada Pension Plan does not provide adequate retirement income.

Cities house most of the clients of these programs, as 80% of Canadians live in cities. Their governments and civil society groups, including business, can become advocates for full funding. They can recognize that these are powerful instruments to raise people out of poverty and enable them to participate in the full life of the community. And they provide resilience to someone who has tumbled into poverty through one of life’s vagaries (bankrupt employer, accident or illness, a failed marriage, or some other piece of bad luck), preventing them from having to strip their assets as they get back on their feet. As such, they are effective contributors to a dynamic city. Leveraging the political power of their residents to make these programs sound can be part of a poverty reduction strategy.

The Poverty Reduction Summit in Ottawa is pivotal for Canada. It is a moment to open the door wide and invite the whole country to begin making enormous strides to reduce poverty in every province and territory, in every city, and across the entire nation.

We need to throw our doors wide open to engage all involved and welcome a new era in poverty reduction.
Sign up for our newsletters