Putting economic and social rights at the heart of policy-making 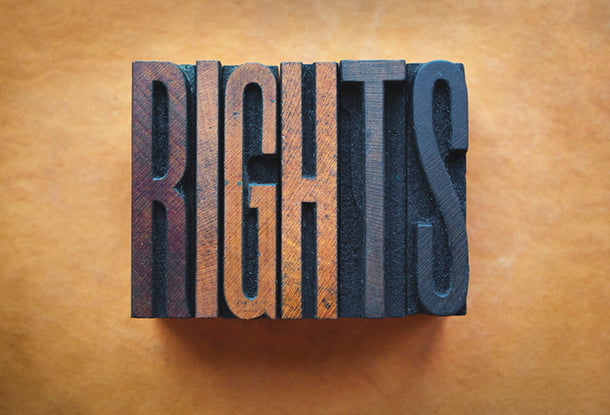 Canada has a “hung” parliament, and the Liberals will have to find support from other political parties to govern. Although Maytree does not have party status, we have an idea of what policy ideas we would want the government to implement if it was looking for our support.

We would want the new government to see the minority parliament as an opportunity to articulate a new vision for Canada, one that prioritizes the rights and dignities of all people living in Canada.

Too many people are currently being left behind as changing social, economic, and political tides wash past them. The idea that government is not doing enough to help people respond to these changes has contributed to deepening fractures in our society. To stymie the rise in polarized and populist rhetoric, we must help people and communities weather these changes by strengthening how we think about, and develop, public policy. We can do this by prioritizing the human rights and dignities of all Canadians. Not only civil and political rights, but economic and social rights, too.

The promise of economic and social rights lies in their ability to identify the most fundamental necessities we all need to live our lives with dignity. The prioritization of these rights can help de-polarize our politics and describe the big challenges ahead of us; it can help articulate the values that underpin the associated policy responses and guide the cost/benefit analysis of implementing those responses.

While this may be counterintuitive, a minority parliament can provide the Liberals an opportunity to implement a progressive policy agenda far more successfully than they did under their majority government.

Out of those that voted, two-thirds supported parties with a progressive agenda. With a minority parliament guided by progressive values, there is an opportunity to conceptualize and implement policy in a way that works across the political spectrum, and over time to realize economic and social rights, within the maximum available resources that the government has. This necessitates an important discussion about the direction that we want to go, and the fiscal policy decisions (and implicit trade-offs) that need to be made to get us there.

The National Housing Strategy Act, 2019 legislated the fundamental human right to housing for all Canadians, a milestone for human rights in this country. The Act proclaimed that it is the housing policy of the federal government to work progressively towards the right to housing so that everyone has access to safe, secure, and affordable housing.

As more than 235,000 Canadians are homeless, and over 1.7 million households live in unsuitable, inadequate, or unaffordable housing, the new government will have to ensure that the Act is fulfilling its promise. To keep Maytree’s support, the government would have to work to develop, maintain, and invest in policies and programs that support the new right to housing.

The government needs to set priorities, targets, and goals that bring to reality the opportunity created by the Act. It needs to create a framework that includes mechanisms for accountability, structures for including the meaningful participation of people with lived experience of homelessness and housing insecurity, and tools for the ongoing monitoring of progress.

The new federal government must also follow through on an order to provide $40,000 to First Nations children who were taken from their homes on-reserve and put in care. The order follows a ruling by the Canadian Human Rights Tribunal which found Canada guilty of purposely discriminating against First Nations children and willfully underfunding on-reserve child welfare.

Our support would also depend on how the minority parliament facilitates collaboration – and not just between political parties.

First, the government would need to be deliberate about how it organizes its civil service and how it manages the machinery of government. To make this minority parliament work, the government would need to strengthen the collaboration between different government departments—guided by a focus on prioritizing the rights and dignities of Canadians. This will help create a civil service infrastructure that develops policy ideas and solutions with the urgency that is required of it.

Second, to help advance evidence-based policy-making, the government would need to facilitate collaboration through the sharing of data; that means sharing data between government departments, as well as with think-tanks, academics, and civil society organizations outside of government. We do this much more effectively with health data, for example, than we do with data that speak to the economic and social circumstances of people and communities. People don’t live their lives like silos in large bureaucracies. While it may serve governments and political leadership to work on policy and data issues in isolation, the reality is that all of the issues that affect Canadians are interconnected.

Third, collaboration is also needed with different orders of government. Many important policy portfolios lie within the jurisdiction of provinces, and the new federal government would need to work collaboratively with provincial leadership to make progress against serious health, social, and housing policy problems. In this engagement, greater discussions around how cities can be empowered to be better first responders to policy issues is needed.

Cities are where most of us live, and where wealth and innovation concentrate; but they are also the sites of growing social and economic inequality. Local governments are often best placed – and indeed expected – to deliver solutions to complex challenges such as homelessness, newcomer settlement, and rising greenhouse gas emissions. Yet they are poorly equipped to take on these issues, having limited revenue-generating tools and limited legal and regulatory powers.

Despite these constraints, local governments continue to stretch the boundaries of what they can do to support more equitable and sustainable communities. Increasingly, this includes taking on a greater role in the protection and promotion of human rights, as seen in the rise of the global human rights cities movement.

To have our support, the federal government would need to renew its efforts to work with its provincial counterparts and support cities through new finance and governance arrangements that both reflect the growing responsibilities of local governments and improve their capacity to respond to deepening social and economic challenges.

Although a minority parliament will face some ambiguity about what policy proposals will receive enough support for implementation, it should also see this as an opportunity. It should focus on creating a unified vision for the country, one that puts the rights and dignities inherent in all of us at the centre of policy decisions.

If the new government does this well, this could be a zeitgeist moment for policy in Canada.

Canada has a “hung” parliament, and the Liberals will have to find support from other political parties to govern. Although Maytree does not have party status, we have an idea of what policy ideas we would want the government to implement if it was looking for our support.
Sign up for our newsletters