Strengthening the social safety net for people in greatest need 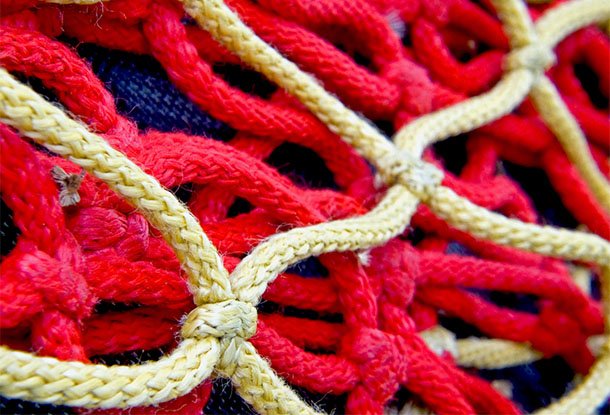 At Maytree, we believe that the most enduring way to fix the systems that create poverty is to ensure that economic and social rights are protected, respected, and fulfilled for all people living in Canada. Maytree’s submission for the 2023 pre-budget consultation process is focused on ensuring that the federal government take action to strengthen Canada’s social safety net, so that those living in deep poverty can live a life with dignity.

To this end, Maytree recommends that the federal government:

2. Enhance the Canada Housing Benefit so that it provides more consistent support to renters with lower incomes.

3. Work with provincial and territorial governments to ensure alignment with federal initiatives for single working-age adults and renters with lower incomes.

Income and housing insecurity are two sides of the same coin

The federal government has taken important steps towards improving supports for lower- and moderate-income families, such as through the creation of the National Housing Strategy and the Canada Child Benefit. But there are still gaps in support that leave some behind.

In 2019, about 3.7 million people, or 10.1 per cent of the population, lived below Canada’s official poverty line. Although these overall figures are important to consider, a closer look at how poverty is experienced by family type tells an even more troubling story. For example, in comparing the low-income status of different family types, over 35 per cent of working-age single adults without children had incomes that were below the low-income measure compared to just about 10 per cent of couple families.2 This high rate of poverty among single adults without children has been persistent for decades.

Single adults of working-age are also particularly likely to experience deep poverty. In 2019, of the 1.8 million people with incomes below 75 per cent of the Market Basket Measure, half were working-age single adults without children. Being in deep poverty can significantly affect a person’s quality of life. According to a recent report from the Institute for Research on Public Policy, “Living in deep poverty means that individuals and families must use all of their income to meet basic necessities such as shelter and food, making it virtually impossible to address other needs or plan for their future.”3

Another commonly used measure of need in Canadian society is core housing need, which measures how many people are living in housing that is deemed unsuitable, inadequate, or unaffordable. In 2021, Statistics Canada estimates that 10.1 per cent of Canadian households lived in core housing need, with over three-quarters in need due to affordability challenges. Like income-based poverty measures, the situation was worse for some more than others.4

These trends show that some groups—particularly, working-age single adults and lower-income renters—require enhanced and predictable support to ensure that they can live a life with dignity.

The way that we live, and the cost of living, continues to change

It’s important to understand these trends in the context of social and economic changes that have taken place over the past few decades.

These trends are important to consider given that living costs have increased significantly while incomes have remained stagnant. Rents in particular have soared across the country and continue to increase in Canada’s largest cities. For example, in summer 2022, it’s estimated that the average monthly rent for a newly rented one-bedroom apartment in Toronto increased to $2,269—an increase of 20 per cent compared to the previous year.5

Adding to this pressure are high food prices caused by a combination of supply chain issues, climate change, and global events. According to Statistics Canada, food prices increased by 9.8 per cent in August 2022 compared to the previous year. Grocery prices in particular have skyrocketed, representing the fastest increase since 1981. In combination with unaffordable rents, some food banks are reporting that more people are using their services now compared to pre-pandemic years.6

Taken together, these changes call into question whether government programs and services reflect the challenges faced by people across Canada, especially those in deepest need.

The way forward: Addressing gaps in support for those most in need

To address the gaps in support for working-age single adults and lower-income renters, Maytree recommends that the federal government direct investments in budget 2023 to:

These recommendations are guided by evidence on those most likely to be in need and build on the existing foundation of Canada’s social safety net.

Maytree is pleased to have the opportunity to provide input to the House of Commons Standing Committee on Finance in advance of the 2023 federal budget. We welcome any questions or comments the Committee may have on our proposed recommendations.

1 For more details on the proposal, see: Talwar Kapoor, Garima et al. (2022). How to reduce the depth of single adult poverty in Canada: Proposal for a Canada Working-Age Supplement. Maytree and Community Food Centres Canada.

4 Statistics Canada. (2022). To buy or to rent: The housing market continues to be reshaped by several factors as Canadians search for an affordable place to call home.

Maytree’s submission for the 2023 pre-budget consultation process is focused on ensuring that the federal government take action to strengthen Canada’s social safety net, so that those living in deep poverty can live a life with dignity.
Sign up for our newsletters