Striking a fair deal for the non-profit sector 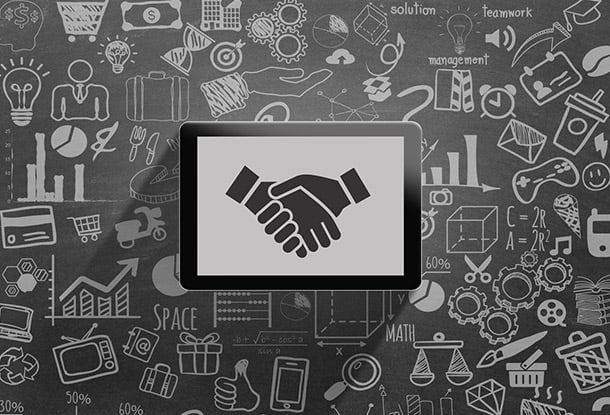 Over the years that I’ve worked in the non-profit sector, I’ve dealt with my fair share of government funding contracts. Still, I was struck by this situation that one of our partner organizations faced.

In 2016, this small organization decided to apply for the Canada Summer Jobs program to staff its summer outreach. It hired 23 summer students to conduct outreach to 25,000 young people across the city. To make this happen, it had to file 23 separate applications, which had to be approved by 23 different MPs. It signed 23 different contracts, overseen by 18 different project officers who made multiple, uncoordinated site visits for each contract.

The approvals came just days before the positions were to start, which gave the organization no time for a reasonable posting or hiring process. Then, the government held back 25 per cent of the funding until the final reports were approved. The last report was approved in December (four months after the students completed their positions). This meant the organization had to find bridge financing to cover the interim period.

At the time, it had two full-time staff. So, it fell to the executive director to spend a hugely disproportionate amount of time obtaining, managing and fulfilling accountability requirements for an investment totalling about $100,000. This scrambling and excessive management took valuable time and resources away from the organization’s mission-work, which is to build leadership, community and opportunity for young people through team sport.

Surely, this is not what the government meant to do to this organization or to the young leader who heads it. But this is what happened. And versions of this happen to countless organizations each year. Examples like this beg for us, governments and non-profits, to re-think the way we work together.

I propose that we work towards a fair deal for non-profit organizations and the people who make up those organizations – a proposal that I raised on February 8, 2017, when I spoke at the Senate’s Open Caucus on “Charities and government: Modernizing the relationship,” co-chaired by Senators Art Eggleton and Claudette Tardif.

Investing in the work that we do

Non-profits are servants to and stewards of the community, and employ more than two million people in Canada. In all of these roles, our funding relationship with governments heavily influences our work.

Currently, we have a contractor-service provider relationship, with an uneven distribution of power that favours the stronger – that is, wealthier – partner in the relationship. This is expressed, for example, through onerous application and reporting requirements, “hold-backs” of funds, and a reluctance to provide the core funding needed to operate stable and effective organizations.

A fair deal would mean, first, that governments pay their bills in a timely fashion, rather than holding back a portion of funds until lengthy administrative requirements are met. Certainly, both governments and non-profits must be accountable for how they spend public money. But that risk management and accountability should be proportionate to the size of a grant. It should also allow for budget flexibility, appropriate reporting, and coordinated administration.

Grants and contributions must be underpinned by the principle that they are tools that enable – rather than control or manage – non-profit organizations to deliver on their missions. They are not simply payment for services rendered, but rather an investment in positive outcomes for individuals and communities.

Recognizing the value of the work done by non-profit organizations also means ensuring that grants and contributions are structured to enable them to provide decent work – including living wages, job security, benefits and pensions – for the people who make up those organizations.

Unfortunately, as governments have moved away from core funding towards project-based funding, employment in the sector has become increasingly precarious, characterized by short-term and contract positions, lower wages and fewer benefits and pensions. This, in turn, has led to lower job satisfaction and high-performing employees leaving for more stable work in other sectors. The appeal of community values alone is not enough to keep talented people in the non-profit sector, and should not be a trade-off for fair wages.

A fair deal is one that enables non-profit organizations to invest in developing and promoting talent and retaining expertise in the sector. It is one that recognizes the value that these professionals contribute to our communities. And it is one that seeks to model the decent work agenda that we advocate for all workers in all sectors.

Indeed, this is something that all funders, including foundations and other grant-makers, should take to heart.

We know that governments want non-profits to succeed. After all, we are both working towards the same goal – vibrant, prosperous communities, where individuals and families have equitable access to opportunities.

But good intentions are not enough. Governments must equip the sector to succeed. A fair deal means enabling the partner that has less by strengthening its ability to do more.

We need a new deal between governments and non-profits, one that is founded on the principle of enabling non-profits – and the communities they serve – to succeed.
Sign up for our newsletters