The case for cities in the provincial election 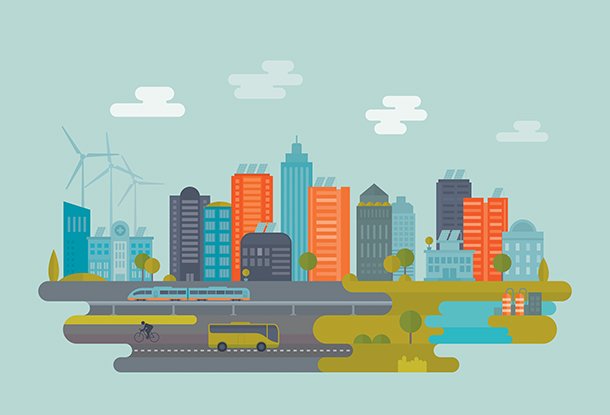 As the Ontario provincial election draws near, here’s one prediction we can make with a high degree of certainty: the role, powers, and livability of our cities will not be high on the agenda of any of the major parties.

Beyond the political sparring of the party leaders, the campaigns will likely focus on a laundry list of major policy issues including health care and education, energy and climate change, the economy and jobs, infrastructure and transportation, and poverty and social equity.

While these are all important and worthy of debate, addressing them on an issue-by-issue basis neglects the ways in which they are used, accessed, or felt by Ontarians in the places that they live. And for most Ontarians, those places are cities.

The most recent census (2016) shows that 82 per cent of the Canadian population live in large and medium-sized cities – one of the highest concentrations among G7 nations.

Across Ontario and the rest of Canada, cities are at the forefront in dealing with the most complex and intractable problems of 21st century life such as income disparity, lack of affordable housing, and inequitable access to jobs and economic opportunity.

Newer urban challenges, such as public health crises, extreme weather events due to climate change, and growing digital divides pose further threats to the social, economic, and physical fabric of our urban communities.

City governments and local agencies actually deliver many provincial policies and investments, from building and maintaining transit and infrastructure, to providing social assistance and public health services, to electricity distribution.

In short, our provincial prosperity and quality of life are increasingly tied to the success of our big cities. And yet, the siloed lens of policymaking at Queen’s Park has resulted in a benign indifference to the on-the-ground impacts and interactions of provincial policies that people are experiencing in big cities.

What is missing is an integrated lens on city-building. So what would it focus on?

It would focus on equipping our cities for success. Our cities are the hub of economic activity; we need to leverage their existing economic assets, and position them to lead in the economic sectors of the future. As they grow, we need sound transportation planning that manages pressures on existing transportation systems while making urgent investments, encouraging active modes like cycling or walking, and crafting rules for new tech-enabled forms of mobility, such as ride-sharing and autonomous vehicles.

In the face of a changing climate, extreme weather events like the recent ice storm will be felt most intensely in regions with the highest building and population densities. We need to build the resilience of our communities to the impacts of wild weather, and the increasingly common “storm out of the norm.”

At the same time, we need targeted policies to ensure that, as our cities grow, they remain affordable, and that those facing barriers to full participation and inclusion in their communities have the opportunities and resources they need not just to survive, but to thrive.

We need to create policies that target the roots of poverty and foster inclusive growth, with new models of development, social housing, and income support to ensure more affordable housing supply, and to assist people struggling with rising costs.

As new Canadians continue to gravitate toward big urban centres as their primary destination, the cities they choose to call home must remain welcoming and enable all newcomers to succeed, from the highly skilled to the most vulnerable. As our urban Indigenous population continues to grow, we have an obligation to ensure that this vibrant population has quality of life, access to social services and housing, and economic opportunity, in the spirit of Canada’s commitment to reconciliation.

None of these challenges of city-building have easy solutions. No single actor or level of government can address any of these problems on its own. New models of city-building partnership and collaboration are needed, bringing together city halls and civic leaders, provincial and federal governments, and other sectors of society.

Throughout the country, there are bold and innovative approaches and models to look to, and common experiences to build upon. We need to elevate city-building beyond the local level, creating meaningful forums to co-design solutions and discuss how to scale up what works.

In the months to come, Maytree and a broad coalition of partners will be launching a new pan-Canadian initiative bringing together Canada’s largest urban regions with these very goals in mind. By convening a series of events across Canada supported by a body of research, this national urban project will bring together leaders from cities across Canada, as well as every level of government, academia, civil society, and the private sector to tackle the urban problems of our time.

But that’s still to come. Over the next month as the election campaign heats up, let’s make the case for cities, and a city-building lens, to create a stronger, more equitable, and more resilient province.

André Côté is a consultant working in the areas of technology, talent, public finance, and cities. Selena Zhang is Manager, Programs and Research at the Institute on Municipal Finance and Governance. Both are co-leads in the launch of this new pan-Canadian cities initiative.

It's time to make the case for cities, and a city-building lens, to create a stronger, more equitable, and more resilient province.
Sign up for our newsletters