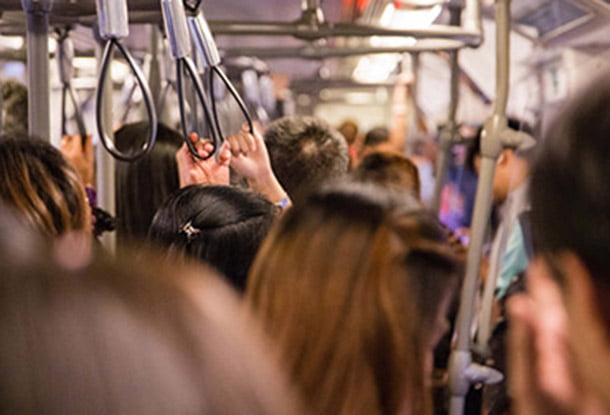 You often hear people say that “there is only one taxpayer,” no matter how many governments make a claim on that taxpayer’s money. Listening to governments talk, though, the notion seems to be lost, especially at the municipal level. Across Canada in our cities, mayors and councillors want the federal and provincial governments to pay for big-ticket city needs like affordable housing and transit, while at the same time posing as the friend of the taxpayer by keeping local taxes low. All the while, this vital infrastructure continues to suffer from lack of investment.

Investing in housing and transit is expensive. A kilometer of subway costs $300 million, of light rail $85 million above ground and $150-225 million underground, and of bus rapid transit $20-25 million. The Toronto region is looking at adding 1,200 kilometers of transit across various modes over the next few decades. Even with the most economically realistic mode mix, that is five to ten billion dollars a year.

Housing is similarly costly. Every city in Canada has long waiting lists for public affordable housing; in Toronto the number of people waiting is approaching 200,000. Building new supply is expensive: excluding land costs, which vary from city to city, and within cities by neighbourhood, a two-bedroom unit in a high rise costs $275,000; in a stacked townhouse $150,000; and in a townhouse $115,000. Multiply those costs against the demand for affordable housing, and you are again into the billions of dollars per year.

Add to that the deferred maintenance costs in all of our major cities. In the City of Toronto, public housing needs $2.6 billion of work to be done over the next decade. Other cities have comparable numbers depending on the size of their public housing stock. And, as always with maintenance backlogs, the longer you leave it the worse it gets, so doing the work sooner is always preferable.

Mayors and councillors in these cities know they need to make investments in transit and housing, and they are faced daily with the results of decades of underinvestment: long waiting lists for affordable housing and regular reports of people being under-housed; traffic gridlock, unreasonably long commute times, and daily complaints about lengthy waits for an overly crowded bus. They are only too aware that the solutions to these problems are to build more transit and to build more housing. The problem they grapple with is how to pay for it.

The first choice of many mayors and councillors is not to pay for it, but to get someone else to. Usually that “someone else” is the federal or provincial government. Sometimes it is the business sector who, city politicians say, can recoup their investments from the development that will result from the new transit lines. This argument sees robust commercial development along transit corridors and around stations that will generate private sector rents.

The idea that the federal or provincial governments will pay makes sense because of their large fiscal capacity. The feds and provinces have the large revenue instruments of income and sales taxes to levy, both very productive. By contrast, cities rely on property tax, development charges and a variety of fees for most of their income. They are barred from using income and sales tax. Cities are able to raise enough money to pay for their obligations mandated by provincial governments, things like police and fire, water and sewage, roads and social services, but have trouble with the big ticket items like transit and affordable housing.

The trouble with waiting for the federal or provincial government is that funding is episodic and sporadic. As the recent public transit infrastructure announcement by the federal and Ontario governments shows, it is one project at a time and usually one-shot. It is not predictable enough to plan on. This is not necessarily the fault of the feds or provinces, for they have other priorities, agendas and political considerations. Waiting for Ottawa or the provincial capital is what has left us with a decades-long lag in our transit and housing systems. It is not the solution.

The trouble with waiting for commercial development to pay the bills is that there is not enough of it, even in fast growing cities like Toronto. Certainly it can contribute some money to the process, but those are small amounts relative to the bills that have to be paid.

Too many mayors and councillors have been pledging to pay for transit and housing by finding efficiencies in current budgets. Even presuming that you can always wring out some savings, it is unrealistic to think it would be enough to fund the billions needed for transit and housing, or any other significant costs. To avoid developing new revenues for the city that are both material and reliable is irresponsible. “Trimming fat” in this sense is a diversion at best, and a dangerous game that risks prolonging the failures on transit and housing provision.

What are the needed measures? It is clear from recent work by economists Enid Slack and Harry Kitchen that Canada’s large cities need to levy either sales or income taxes, like other cities around the world do, including our neighbour to the south. Neither is a straightforward matter. Sales taxes run into boundary issues, where people will cross a municipal border to buy something in a city without a sales tax. And income taxes can be collected in several ways, although there is some consensus that doing it through a payroll tax is promising.

Only through being realistic about how cities can close the huge gaps in transit and affordable housing provision will our municipal leaders succeed. That means coming to grips with the need for new revenues that raise enough money to pay the large bills involved.

Refusing to face the tax imperative will leave mayors and councillors failing the people who live in their cities, the people who are housed in unsafe and unaffordable conditions, and those stuck in traffic, putting their jobs and families at risk. These residents are having their economic and social rights violated, the rights Canada has committed to domestically and internationally.

And taxpayers are not being fooled. They know their city government is only too happy to turn a blind eye as another government taxes them for the money to pay for the needs of the city. It’s a shell game that is only fooling the carnival performer, not the audience.

By refusing to develop new revenue sources and insisting on “trimming the fat” instead, municipal politicians are playing a dangerous budget shell game.
Sign up for our newsletters