It’s a cold evening in November, and the following scenarios are playing out repeatedly in communities across Ontario:

All of our public services seem to be operating at maximum capacity, stretched thin, veering on the edge.

When the Ontario government returned from its five-month adjournment of the legislature earlier this fall, it had an opportunity to show that it had listened to the concerns raised by people across the province about the impacts of scenarios like those described above. The government had the chance to demonstrate that it would truly work to protect and build Ontario’s public services—services that directly impact the lives of the most vulnerable people.

When Minister Phillips released the 2019 Fall Economic Statement in early November, the Ontario government had the perfect opportunity to do that. But it didn’t.

The Fall Economic Statement is a mid-year update on the province’s economic and fiscal situation. It provides an overview on how the government is progressing against its goals, and is an opportunity to announce and introduce any significant policy changes.

It’s important to assess what was said in the Statement—and what wasn’t.

The Statement showed that the government’s deficit projections for the 2019-20 fiscal year decreased from $10.3 billion to $9.0 billion. This $1.3 billion difference was largely attributed to better than anticipated revenue projections.

But there was silence on a number of critical social issues. And that was, in itself, political.

For example, the Fall Economic Statement showed that the government has the capacity to make additional investments in public services. While the Statement accounted for the cancellation of some planned cuts in social assistance, the government could have used this as an opportunity to also announce an intention to walk back a $1 billion decrease in social assistance spending over next three fiscal years.

The cost of potential social assistance cuts won’t just be borne by the most vulnerable amongst us, but will also show itself in other public services, like in hospital emergency departments and in homeless shelters.

The government could have used the Fall Economic Statement to demonstrate that it was re-orienting its priorities, and thinking about how our public services and systems work with each other. That the government understood that at the centre of strengthening public services had to be the dignity of people, especially the most vulnerable.

Instead, the government’s silence on social assistance and poverty spoke volumes.

The government’s silence indicated that it is likely going to proceed with reforms in social assistance—not because it has a compelling policy reason to do so, but primarily because it is driven by deficit targets. It’s important to note that approximately 10 percent of the cuts needed to realize the government’s plan for a balanced budget are projected to come from decreases in social assistance.

As a result, the government signaled that it feels just fine about disregarding one of the most pressing concerns for almost one million people whose futures are in limbo until changes to social assistance are clarified. It’s the people who are in most need of our stretched public services, those who live on the margins, who are being hurt the most.

The Fall Economic Statement was a litmus test of how much the government learned during its long hiatus from the legislature.

At best, the government is waiting for a more opportune time to articulate what it heard, and how it’s going to change policy directions to reflect the concerns of Ontarians.

At worst, the government did not learn anything. It is simply picking up where it left off.

In either case, the government is losing significant time that it could use to invest in, and strengthen, public services and protect the most vulnerable. 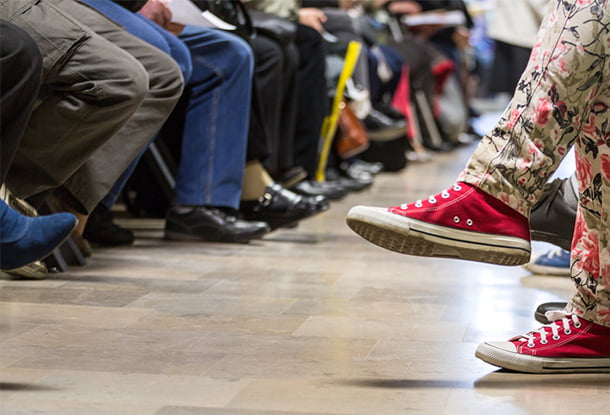 The Ontario government could have used the 2019 Fall Economic Statement to demonstrate that it was re-orienting its priorities on social assistance and poverty. Instead, the government’s silence on them spoke volumes.