The seat-winning business versus the good-government business 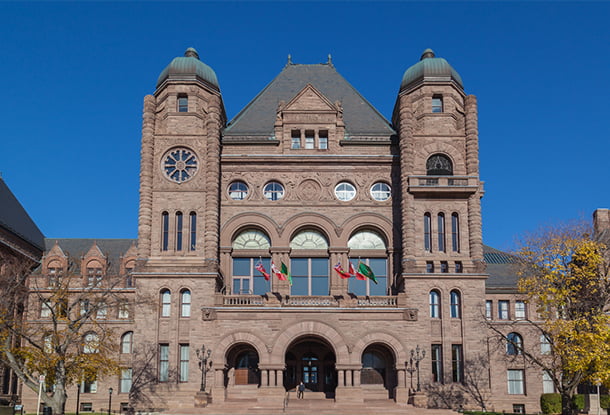 According to a key advisor to Premier Doug Ford, their party is “in the seat-winning business.” Whether they’d say it out loud or not, most politicians would likely agree. After all, you have to win an election in order to take power and form government.

But what about being in the “good government business”? Isn’t that the actual goal of seeking to form government?

That advisor was talking to a Toronto Star journalist about the rationale behind an impending cabinet shuffle. They indicated that MPPs who represent vulnerable urban ridings might be promoted to cabinet to shore up their electability. Not because they would be good at serving the people of Ontario.

Canada’s ideals are peace, order and good government. Elemental to good government is the recognition and support of every person’s human right to a life with dignity. Those human rights are many and various, including political and civil rights, but also the social, economic and cultural rights that support our basic needs, such as food and shelter, as well as those things that give our lives beauty and meaning, and which connect us to our past and carry us into our future.

Our varied experiences of COVID-19 have cast the provision of good government into sharp perspective. How our governments have exercised their duty to protect has been instructive: safety for workers, kids and seniors in congregate settings; public protocols for social distancing and personal hygiene; supplies and supports for overtaxed medical professionals; income supports for workers, and for businesses facing the threat of collapse. Governments performed variably – some well on some issues, some not so well on most issues.

COVID-19 is a management challenge for governments. This fact shouldn’t obscure the reality that effective management of issues have been a problem for governments for years prior to the pandemic. COVID-19 has been like a beach when the tide goes out, revealing the detritus of past litter and pollution.

COVID-19 has revealed the failure of governments to engage in the critical issue of housing Canadians, leaving it to the development industry, which has displayed little interest in housing people of modest incomes, those same people who we call “essential workers.”

COVID-19 has revealed the folly of transit development and planning, with successive politicians abandoning well-developed plans for “back of the envelope” ideas, and then choosing the most expensive ways to build them, based more on electoral appeal than good transit economics. Transit provision in our cities, and between our cities and towns, has lagged significantly.

COVID-19 has revealed the dire outcomes of marginalizing labour, of savaging the unions that protect workers, of adopting labour practices that depress wages and allow employers to avoid providing benefits, and of denigrating work itself. And it has revealed the tragedy of failing to pay people properly for the work they do: wages that keep fully employed people below the poverty line; people retiring after a lifetime of contribution to the economy and society without adequate retirement savings; and parents and children thrown into stress by living paycheque to paycheque, often having to move constantly to find jobs and homes. Very few have profited from this, but they have profited well, at the expense of the many.

Good government is not easy. Governments have wide concerns, conflicting demands, and intractable problems to solve. Nobody said it was going to be easy. In fact, most sensible people would think twice about taking on such monumental challenges.

The problem is that in the pursuit of power, too many people don’t seem to have thought once about the exercise of power, or whether they have the sense of purpose or the requisite talents the job requires. When you focus on the business of winning seats, announcements begin to trump accomplishments. When the interpreters of politics focus on the electoral horse race, polls and political statements are easier fodder than assessments of competence.

What Canada sorely needs right now is good government. The pandemic has shown us what happens when we don’t have it. We must demand vastly more of our leaders than the “seat-winning business” can provide.

The pandemic has shown us what happens when we don’t have good government. We must demand vastly more of our leaders than the “seat-winning business” can provide.
Sign up for our newsletters