We have plans for snow, why not for people who are homeless? 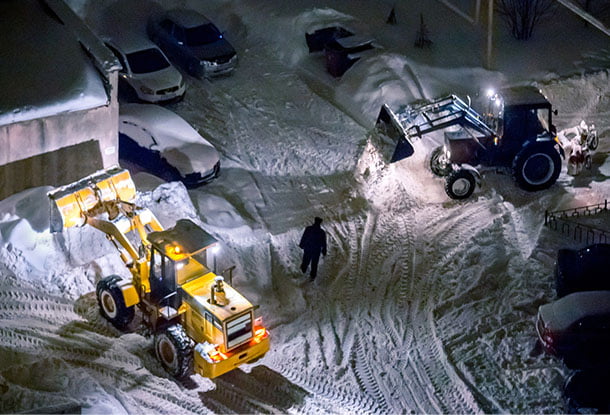 After last week’s historic snowstorm, the largest we’ve seen in decades, the City of Toronto deployed its 600 road plows, 360 sidewalk plows, 200 salt trucks and drew on 1,500 workers to clear the snow. It could do that because before the storm, the City had a plan in place and allocated resources to support it. This plan is communicated to the public and is part of a larger system that includes bylaws and enforcement (for example, that people must move their cars from snow routes) that feeds into this work. And so, the snow is being cleared.

It’s easy to be glib about snow removal, but it is extremely important. Ask anyone who needed an ambulance that day or had to get to work to keep their job.

Because of its importance, we plan and allocate resources to deal with it. We understand the obligation for a government response, and the efficacy that comes with acting at scale. More importantly, governments recognize their obligation and act on it.

While the City’s job on snow removal is not perfect – in particular, it could be improved for pedestrians, especially seniors and people with disabilities – it is a major undertaking that the City does reliably. Like kindergartners across Ontario, the City knows the winter snow comes every year, and it prepares for it.

So why can’t we do that for people who are homeless?

Every winter, it seems that our governments have done little or nothing to ensure that people can access safe, dignified emergency shelters, much less that they have a pathway to a permanent home. This year, our shelters are experiencing another historic storm, in the form of the highly contagious omicron variant of COVID-19. Shelters are turning people away, as pandemic restrictions limit the number of people they can take in. While the risk of contracting COVID-19 has increased, the ability of people in shelters to isolate if they get sick has decreased dramatically.

Advocates such as street nurse Cathy Crowe have been sounding the alarm for decades: while people who are homeless are vulnerable year-round, life-threatening winter weather raises the stakes.

What’s behind this perpetual failure? Many argue that at the heart of it is incompetence. That the governments of the day, or more specifically, our leaders, simply don’t know what to do to tackle these complex issues. They can’t assemble the knowledge, or the policy tools, or the resources, to make any progress at solving the problem. Or, in the case of elected leaders, perhaps incompetence means that they don’t understand what it means to govern, that it is their duty to protect the fundamental human rights of every person.

However, accepting simple incompetence as an explanation lets our governments and leaders off the hook. It’s like saying about a misbehaving child, “they just don’t know any better” and then lowering your expectations.

We shouldn’t believe or accept that our elected leaders are incompetent. They are smart and hardworking – that’s how they achieved office. And all levels of government have highly skilled public servants, with detailed knowledge of how systems work (or don’t), and ideas about what would better serve people.

We have decades of knowledge about solutions to homelessness, coming from community-led and government-led actions here in Canada and from other places in the world. Using public lands to build permanently affordable housing, providing rent relief and banning evictions during a pandemic, funding and operating supportive housing, increasing access to mental health and addiction services, increasing income supports, regulating rooming houses, using inclusionary zoning, designing emergency shelters that offer people privacy and dignity … the list is long. We have ways; we lack the will to use them.

This willful incompetence from our governments and leaders translates into caring for some problems and for some people and ignoring others. We find solutions for the problems and people we care about and shrug our shoulders at the ones we don’t.

Year after year we see the same problems and we have come to see them as intractable, as beyond repair. They are not. They have not been solved because our governments choose not to act on them – or if they do act, it is on the fringes and not anywhere near the scale the problem requires. It’s not that we can’t do better at making sure people have homes; it’s that we won’t.

Certainly, homelessness is a complex problem. Solving it will require robust plans, backed up by resources and supporting systems and institutions. It will require action at all levels of government, and across departments. We are not suggesting that solving homelessness will be easy. We are saying that is achievable.

What’s holding us back is willful incompetence. That is hard to stomach. But it is something that we can overcome. Because “willful” means it is a choice. And we can make different choices.

As those kindergartners will tell you, winter will arrive again next year, right after fall. Our governments must choose to plan and to act now so that next winter we will no longer be relying on an outdated and broken emergency shelter system. We can make real progress on solving homelessness if we have the will.

A historic snowstorm shows us that our government can deal with big problems - when it wants to.
Sign up for our newsletters