What is the Canada Workers Benefit, and how could it be better? 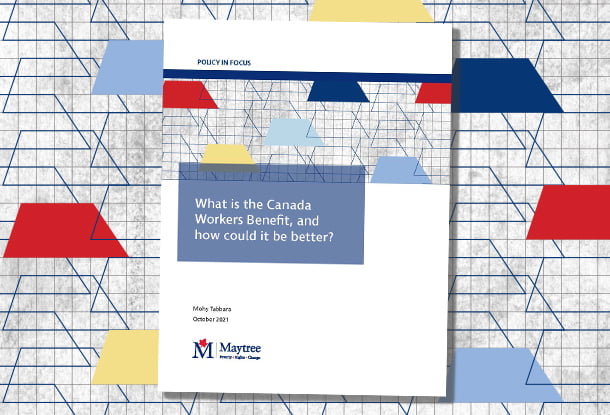 Working-age adults face the highest poverty rates in Canada, yet income supports available to them remain inadequate and do not address their economic realities. At the same time, governments at all levels have been reluctant to increase the level of support available to this group.

While creating a new program to help this group is a possibility, one option for the federal government would be to enhance the Canada Workers Benefit (CWB). The CWB is one of three federal income supports available to working-age adults living in poverty.

Currently, the CWB is provided to those who have at least some labour market attachment but is unavailable to many working-age adults in Canada living in deep poverty. Given today’s economic and social context, the design of the CWB should be enhanced to provide support to those with little or no labour market attachment so that all working-age adults living in poverty would be eligible for at least a base level of CWB support. This would transform it from a “workers” benefit to a “working-age” benefit.

To outline how the CWB can better support working-age adults living in poverty, our analysis first identifies four shortcomings of the CWB. We then provide three policy options that would reduce the depth of poverty of working-age adults.

This paper provides an overview of the Canada Workers Benefit: What is it? How does it work? What are its shortcomings, and how can we make it better?
Sign up for our newsletters