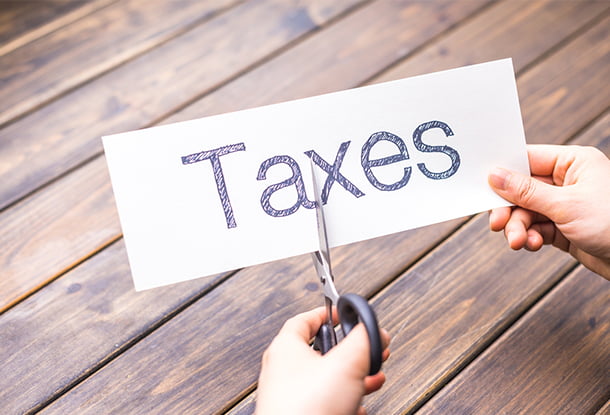 If you were tasked with deciding how best to spend over $1 billion in public funding for families with children, what sorts of questions would you ask to develop or assess a policy proposal?

With the 2019 federal election season underway, a number of policy ideas are being proposed to the Canadian electorate for consideration. Although politics usually takes up most of our election airtime, it’s important to examine the viability of policy proposals that are being put forward by our federal political parties. After all, what might make for good politics may not make for good policy.

Both the Conservative Party of Canada and the Liberal Party of Canada have put forward plans to reduce the amount of tax paid by new parents on their Employment Insurance (EI) benefits. The Liberals are proposing to make it tax exempt at source (so parents never pay any tax on their maternity/parental EI benefit), while the Conservatives are planning to introduce a non-refundable tax credit (so parents can claim back what they paid when they tax file).

Before the campaign started, poll after poll pointed to “affordability” as a top concern among Canadians—as such, the idea of providing greater support to new parents sounds like a good policy goal. However, take a closer look, and it becomes clear that both proposals fall short of good public policy.

An EI maternity/parental leave benefit recipient, with no other income in the tax year, would have to pay 15% of their benefit amount in taxes. Under this example, these two proposals would mean that a family could receive a tax exemption or tax credit of up to $4,214.

It’s important to remember lower-income families would not receive this much even if they did qualify for EI maternity/parental leave benefits. Under the current tax rate structure, analysis by Jennifer Robson at Carleton University shows that a quarter of families receiving maternal/parental EI earn less than $32,867 before starting leave. This would mean that a quarter of new parents would qualify for no more than $2,609 from the proposed policies. Meanwhile, the maximum benefit of $4,214 would only be available to those earning over $53,100 before starting leave and with no other sources of income during their leave (e.g., employer top-ups). If the Conservative Party were to also implement their Universal Tax Cut proposal, the maximum tax credit amount would be lower.

Not only do these policy proposals fail to provide any help to the 30% of mothers who do not qualify for maternity/parental EI benefits, they also provide the biggest financial support to those who have the highest earnings prior to having children. This is true of both the Liberal and the Conservative proposals.

But there is a crucial difference between the two proposals that needs to be made clear. While the figures in the table above represent the full tax exemption amounts a family could receive under the Liberal plan, they represent a maximum under the Conservative plan. Because the Conservative plan would be delivered as a non-refundable tax credit, the amount received could actually be lower.

Non-refundable tax credits only lower one’s tax liability to zero. This means that if a new parent qualifies for a tax credit of $3,000 but only owes $1,000 in federal taxes, they would only receive $1,000. If your federal taxes owing is $0, this non-refundable credit would not help you, unlike a refundable credit. Under the Liberal plan, when the tax exemption is applied at source, the amount received is not affected by how much tax a family owes at the end of the year.

These are technical but fundamental differences. For years, social programs/benefits have been designed by stealth.  As Ken Battle writes, “technical amendments to taxes and transfers… are as difficult to explain as they are to understand and thus largely escape media scrutiny and public attention.” The proposals sound great, but a deeper dive shows that they may not benefit people quite in the way that we first assume.

To the Liberals’ credit, their EI maternity/parental benefit proposal has been accompanied by a more progressive one: the party is proposing a 15% boost to the Canada Child Benefit (CCB) for families with children under one. The CCB is a refundable tax credit (which means that an eligible family will get the benefit, whether they have taxes owing or not). By providing an increase to the CCB to families with children under one, families across the lower end of the income distribution would benefit regardless of tax liability or EI eligibility.

The Liberals have also promised to provide adoptive parents with 15 weeks of maternity leave, and introduce a new program to support new parents who do not meet the qualifying criteria for EI maternity/parental leave benefits. But the details on the latter proposal are thin, and as we have shown here, it’s the details that really matter. In particular, we do not yet know how much these other policies will cost. The EI proposals alone (as put forward by both the Conservatives and the Liberals) will cost approximately $1 billion a year.

Ultimately, what might make for good politics in this election period may not make for good policy. When we’re talking about families with children, however, the imperative to get these policy proposals right is that much more important.

A version of this opinion was re-posted on Policy Options.

[1] While a new parent in Quebec would be eligible for the proposed tax credit, Quebec has a separate system of maternity and parental leave benefits (the Quebec Parental Insurance Plan).

Analyzing two competing policy proposals that the Liberal and Conservative parties have put forward regarding Employment Insurance maternity and parental leave benefits during the 2019 federal election.
Sign up for our newsletters