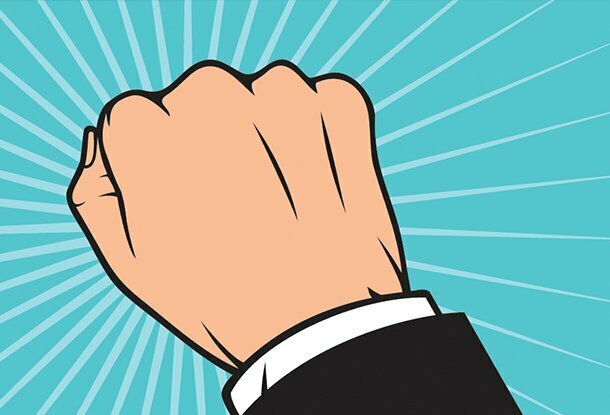 It’s an experience familiar to many of us. Through equal parts military efficiency and magic, you’ve managed the whirlwind at the end of your day that got you home from work through subway delays, got dinner on the table, and got the kid(s) bathed and put to bed. Just when you think you can exhale as you clean up after the tornado of toys and food that passed through your home, your fleeting peace is interrupted by the doorbell. You eye the baby monitor tentatively, filled with cautious hope and looming dread as you go to open to the door.

Some version of this scene is playing out in homes and on doorsteps throughout Ontario this month, as candidates and volunteers canvass voters for the provincial election on June 7 and for municipal elections on October 22, as official campaigning began for each at the beginning of this month. And whether the door-knockers are interrupting your dinner, your kid’s bedtime routine, or your binge-watching of The Americans, you should respond the same way – offer them your thanks.

It’s easy to be cynical about party politics, especially during campaign season. But no matter what you might think of the horserace, or how you feel towards the party leaders, the people knocking on your door are the engine that makes our democracy run. They are candidates, staff, and most often volunteers who want to make their communities better. They are willing to knock on strangers’ doors, stand in front of the subway entrance, or show up at community events to talk to their neighbours. There’s no glamour in it and little glory, but it’s what makes representative democracy tick.

In fact, if you are unsatisfied with the politics of your city or province that’s all the more reason to welcome the interruption that lets your dinner get cold.

Research from the Samara Centre for Democracy shows that outreach (whether in person, by phone, or online) is associated with higher voter turnout. It also found that most Canadians want to hear from political parties – but in particular they want parties to engage them on issues that matter to them instead of broadcasting a pitch about their leader. Randomized experiments in the U.S. have also shown that canvassing is one of the most effective ways to improve turnout, especially when canvassers and voters have actual conversations.

The more opportunities political parties have to hear from people about their priorities, the better our chances of having policies that respond to those priorities. At the end of that long day, it might be transit, childcare, and the state of the economy that are on our minds. If we can’t be bothered to voice those concerns when people come right to our doors (the Amazon Prime of democracy), we can’t be surprised if platforms and policies don’t seem to reflect our needs. If we don’t like what’s offered on the menu at election time, we get to tell people how it needs to change.

Political engagement doesn’t start and end in campaign season, but it is the only time we get to vote. If canvassing doesn’t appeal, there are other volunteer roles (helping out with signs, data entry, campaign logistics) that don’t involve knocking on doors. There are also plenty of opportunities to get involved outside of party politics: engaging with a group that’s working on an issue that matters to you; sharing priorities with candidates; or showing up to all-candidates meetings.

At the very least, we can open the door when someone comes knocking.

Our government is shaped by people who show up. The only thing worse than our ice cream melting when someone comes to the door is no one showing up at all.

It's easy to be cynical about party politics, but the people knocking on your door this election season are the engine that makes our democracy run. Here's why you should thank them.
Sign up for our newsletters