You shouldn’t have to do your taxes 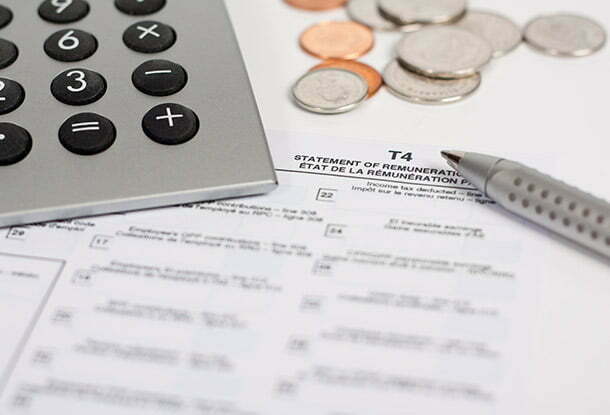 There are few tasks in life that are as likely to conjure up dread as filing your taxes. Even as software has made the job much easier (no more paper forms and calculators), it can still be challenging to determine if you are getting the tax credits and benefits that you should be. More than half of people in Canada who file taxes have someone else do it on their behalf.

The time and energy associated with filing tax returns is not just a matter of inconvenience. It’s also critically important for social and economic policy. The Canada Revenue Agency (CRA) is responsible for administering approximately $29 billion worth of benefits and tax credits to 13 million people each year. These include some of the most important federal programs aimed at reducing poverty, including the Canada Child Benefit, Disability Tax Credit, and the Working Income Tax Benefit.

As a result of the challenges associated with filing taxes, many Canadians with low incomes avoid filing tax returns altogether (just how many can be difficult to verify). Even for those who do file taxes, many end up missing out on benefits they are eligible for and that they need. In its recent evaluation of the Working Income Tax Benefit, Finance Canada found that only 49 per cent of people eligible for the benefit who filed their taxes on paper actually received the benefit; take-up was 94 per cent for eligible recipients who had a tax preparer file on their behalf.

Prosper Canada estimates that the combined effect of missing out on the various benefits managed by CRA is approximately $1 billion that fails to reach lower-income people in Canada each year.

It could, and should, be much easier for people to file their taxes and to access the benefits that they are supposed to receive. Before you sit down to file your taxes, the CRA has already collected and verified most of the information you report. While the system is described as “voluntary compliance,” employers, banks, investment firms, and pension funds will already have reported your income, taxable benefits and deductions to the CRA before you are asked to turn around and share the information back in your tax return. So why do we go through the time-consuming and redundant process of reporting it back to the federal government, only to have people miss out on needed benefits as a result?

To its credit, the federal government has recently introduced some measures that make it easier to tell CRA what it already knows about your finances. There have been significant improvements in recent years to the CRA online services to access information about your benefits and past tax information. Most promising is the recent addition of a service that allows you to electronically auto-fill many parts of your tax forms with the information that CRA already has on file (for example from your T4 slips) if you are using approved tax software.

Many countries around the world have gone much further than this in improving their services to residents by essentially eliminating the great national data entry exercise in favour of the government simply doing your taxes for you. Among the countries where tax authorities provide personal income tax documents that are either partially or completely pre-filled for residents are Chile, Denmark, Estonia, Finland, France, New Zealand, Spain, South Africa, and Singapore. In these countries instead of relying on residents to carry the paperwork burden, the government simply asks citizens to correct mistakes and provide any additional information they may not already have relevant to your taxes.

In Canada, this might look like simply confirming that all of your income has been captured and adding charitable donations or other expenses relevant for tax credits. Even in some other countries that don’t do pre-filled forms, the exercise can still be much easier on most residents, as they may not need to file tax returns at all in order to access benefits.

While the recent changes have the potential to make compliance easier, the system is still fundamentally designed around enforcement rather than making services work for residents. This is not a question of whether people pay their income taxes (which will typically have already been withheld at their source) but about exchanging information with the government and accessing benefits and credits administered through the tax system.

It is possible to transform the system so that administration serves people rather than the other way around. When Minister Diane Lebouthillier was appointed to oversee the Canada Revenue Agency, she was tasked in her mandate letter with making the CRA fairer, more helpful and easier to use so that people who interact with the CRA feel like valued clients, not just taxpayers. To fulfill this commitment, the federal government should commit to a plan within this mandate that would see CRA minimize the amount of effort required for a standard personal income tax return, changing the “auto-fill” from an available convenience to a default offering.

Recent efforts to make the tax system more automated and user friendly are an important start, but they have largely not reached the people who would most benefit from a streamlined system to access the essential public services built into the tax system. To effectively serve the public, these services should be redesigned with these needs in mind and in closer partnership with these users.

The federal government should commit to a plan that would see the Canada Revenue Agency minimize the amount of effort required for a standard personal income tax return.
Sign up for our newsletters