Social assistance is the income program of last resort. It is intended for those who have exhausted all other means of financial support. Every province and territory has its own social assistance program(s) and no two are the same.

In New Brunswick, social assistance is delivered under two programs:

A third program, the Interim Assistance Program, was terminated in 2010.

Transitional assistance is intended for individuals who are employable as well as those requiring support and intervention to become employable. Within TAP, two rate categories exist:

EBP benefits are intended for individuals who are certified by the Medical Advisory Board as blind, deaf, or having a disability. It also includes some individuals who have been on assistance for many years and have a special designation.

On average there were 16,300 cases in New Brunswick’s Transitional Assistance Program in 2018/19, and 28,800 beneficiaries (individual claimants, their partners, and dependent children). Both of these numbers decreased between 2017/18 and 2018/19.

In 2017/18, there were an average of 6,100 cases in New Brunswick’s Extended Benefits Program, and 6,900 beneficiaries. These numbers have remained steady over the last 15 years. 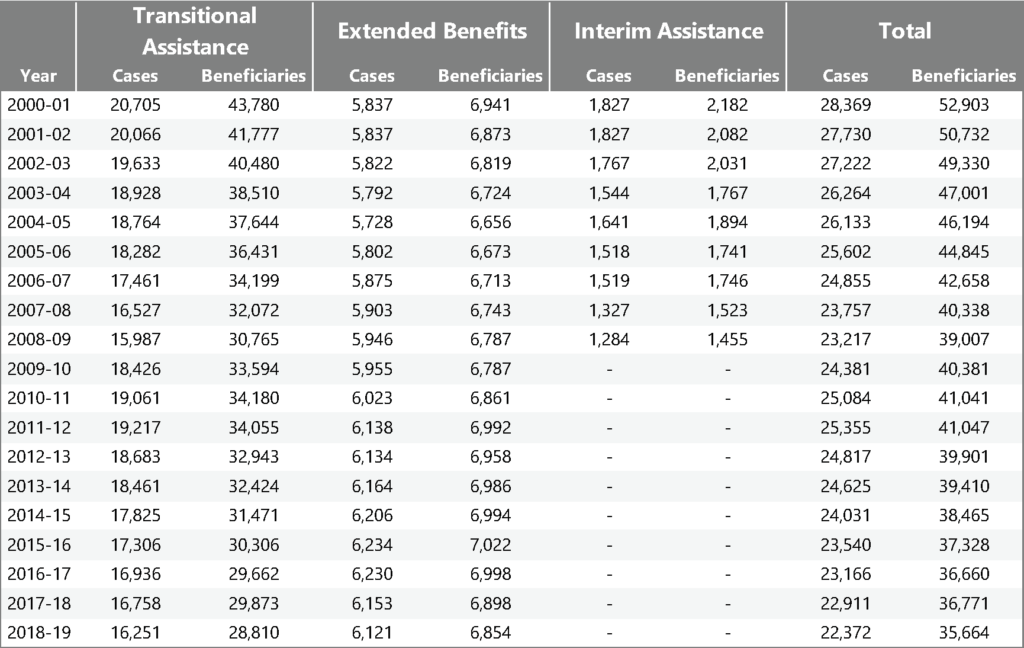