Be bold, Toronto. Commit to realizing the right to housing 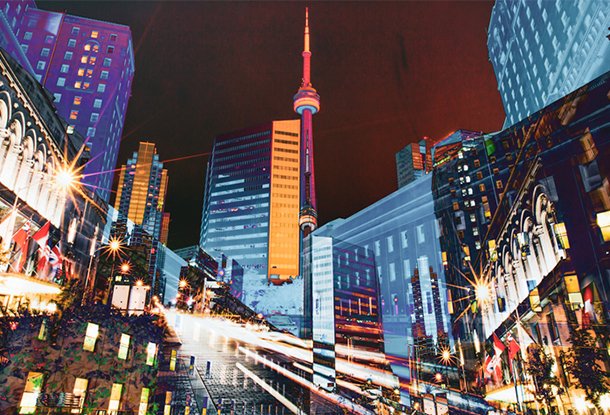 Not a day seems to go by that we don’t hear about how challenging it is to live in Toronto. Read any newspaper or watch any news broadcast and you’re bound to learn about a young family looking to buy their first home but being unable to break into the market.

You might also learn about a family who can’t afford their rent because of skyrocketing rental costs. When they do find a place they can afford, they find themselves in a home much too small to match their needs.

Or you might learn about someone who has been “renovicted,” only to find out that their home is back on the market without any renovations but with the asking rent doubled.

And you might have missed the story of the group of people, a self-identified family, choosing to live under the Gardiner because it is where they feel safest and have the greatest sense of dignity.

In fact, you might have experienced any of those stories yourself.

Toronto’s housing system is complex and doesn’t always work for people looking for a place to live. Those who plan and administer it get overwhelmed by its intensity. And those who try to maneuver within it must spend too much of their energy to survive it.

Now the City of Toronto has the opportunity to make the system more accessible and less complex. As the City prepares for its next ten-year housing and homeless plan, the HousingTO 2020-2030 Action Plan, it can make housing less about surviving the market and more about people’s right to live in affordable, healthy, and adequate housing.

The federal government recently announced legislation that is an important step toward realizing the right to housing. While the legislation needs some amendments for clarity, it sets a foundation for housing rights in this country. The City of Toronto can build on this legislation by implementing a made-for-Toronto right to housing framework in its ten-year housing and homelessness plan.

And here’s the thing – the City has already taken steps to recognize this right.

At its May 15 City Council meeting, councillors unanimously approved a motion to include a rights-based approach to housing in policy areas that fall within the City’s jurisdiction as part of the public consultation process for the City’s ten-year plan. As Deputy Mayor Ana Bailao commented on Twitter after the approval of the motion, “this is a shift in attitude towards a rights-based approach and putting people first when it comes to housing needs.”

Toronto has also developed and implemented, with community input, policies and programs which help fulfil our right to housing in the city. Two examples of such programs are RentSafeTO, which monitors and enforces conditions and standards in rental housing, and Eviction Prevention in the Community (EPIC), a program that protects low-income households from eviction through the delivery of financial and social supports.

Strengthening our right to housing by building on this foundation and developing a rights-based framework from which all housing goals, targets, timelines and actions are based, would simply be the next step in work that the City has already begun. It’s not an impossible task by any means. But it would be a bold choice.

Most importantly, a focus on the right to housing would put people first. It would focus on the most vulnerable in our city by considering how policies, programs, planning decisions, and budgets affect access to housing for people who are homeless and precariously housed. And it would meaningfully engage people and communities who are directly affected in both the planning and development processes as well as the implementation and monitoring of policies and programs.

It would also set out structures for greater coordination of actions and resources among the numerous City divisions that currently impact housing and homelessness and would use high-quality data disaggregated for evidence-based work, so that solutions can actually match the needs of vulnerable communities. And it would strengthen the City’s transparency and accountability processes within which people can contribute input into decision-making processes and claim their rights.

We as a city have the opportunity to be bold with our next ten-year housing and homelessness plan by setting forth clear targets, timelines and resources, and by making sure that the focus is on people and their right to affordable, healthy, and adequate housing. It’s an opportunity too important to miss.

You can learn more about shaping Toronto’s next ten-year housing plan by visiting www.toronto.ca/housingplan.

Effie Vlachoyannacos is Lead, Engagement and Leadership at Maytree.

We as a city have the opportunity to be bold with our next ten-year housing and homelessness plan. It’s an opportunity too important to miss.
Sign up for our newsletters