Housing is a right, not a commodity: Interview with Leilani Farha 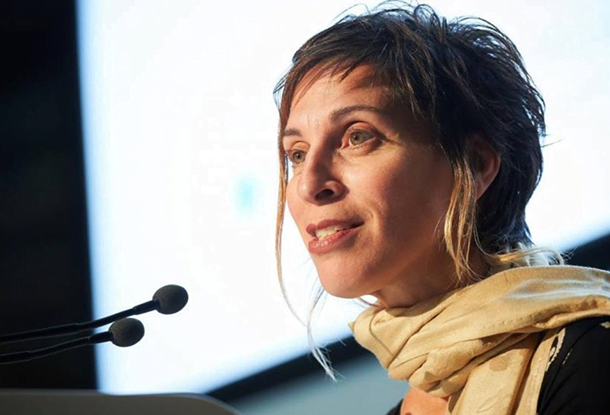 How do we recognize that housing is a human right and not a commodity? That’s the question being tackled by The Shift, a global movement aimed at reclaiming the right to housing. We spoke to UN Special Rapporteur Leilani Farha, who has been spearheading the movement for the past year.

What is The Shift?

The Shift is a multi-stakeholder, global initiative working to reclaim and realize the right to housing.

The movement comes from a place of understanding that housing is one of the most pressing concerns facing cities, families, and individuals around the world. The way things have proceeded for the last 20 years or so — with the corporatization of housing — has allowed this situation to happen. So the reality that we find ourselves in needs some undoing.

And that undoing has to come from a different framework — a framework that sees housing as a human right and not a commodity.

What does the movement hope to achieve?

The movement has three broad goals.

We know there are a lot of people who are working on the right to housing around the world. But that work needs to be united and amplified under an umbrella of some sort that can challenge the big forces out there, like private equity firms. The Shift aims to function as that umbrella, bringing together diverse voices with the same message.

We also want to change conversations around housing. In reclaiming housing as a human right, we want to understand homelessness as the result of structural causes and systemic failures, not as the result of a person’s inadequacies or personal characteristics. We want to affirm that housing is not a commodity like gold or steel but rather a human right. We want to say it’s not okay to pursue development for the sake of development and forcibly evict communities.

The third goal is to encourage government engagement and action. We hope to see this through the establishment of housing as a human right in law, the adoption of rights-based housing strategies, and the regulation of housing markets based on human rights principles.

Why do you think now is the right time for this movement?

I think we are at a critical place for this change right now. What we’re seeing is the perfect storm.

First, you have the advent of neoliberalism. What that brought with it was a belief in the market’s ability to provide goods and services, and with that belief came a retraction of government from the area of housing. In Canada, the federal government started dismantling its involvement in housing in the late 80s, and that was complete by the mid-1990s. Even now, the structural adjustment agreements the IMF [International Monetary Fund] is making with many countries are aimed at liberalizing state economies, in particular rental markets.

Second, there’s the global financial crisis, which was essentially a housing crisis. It came about due to the over-lending and over-leveraging of housing. The destabilizing effects of that crisis allowed private equity firms to buy up cheap debt, which was attached to mortgages and homes. Almost overnight we went from mom-and-pop landlords to corporate landlords to private equity firms as landlords, and with that has come a rapid escalation of rents and more recently the selling off of affordable units by public and private owners.

The third element is rapid urbanization, with people moving to cities for employment. So you’ve got incredible pressure on the housing sector, no government regulation, no government involvement in social housing or housing for vulnerable groups or mid-tier housing, and hugely wealthy global actors purchasing property at a rapid rate.

I’m sorry it’s not an easier story to tell. But we live in sophisticated times. The stories are becoming more complex.

Who is involved in the movement so far?

I am leading The Shift, but I have two big institutional partners. One is the United Nations Office of the High Commissioner for Human Rights. And the other is an entity called UCLG, which stands for United Cities, Local Government. They are an umbrella organization representing about 250,000 local governments from around the world.

I felt it was important to have a strong human rights institutional partner, and there is no stronger partner in that regard than the Office of the High Commissioner. And so much happens at the city level with housing that it’s important to be able to engage locally.

Twenty-five cities have now signed on to The Shift. The list includes Amsterdam, Paris, Berlin, Seoul, Montevideo, and Mexico City. There’s a huge number of participating cities, and the list is growing every day. We just had interest from Oslo last week. Vienna is coming on board in December.

What should states to do to implement The Shift?

States and subnational governments have to implement rights-based housing strategies. Through my Rapporteurship, I developed a report on what a participatory rights-based housing strategy would look like. I came up with ten principles that have to be applied. They are pretty straightforward, and they are what I have been using, and others have been using, to push forward the Government of Canada with their National Housing Strategy.

And any rights-based housing strategy is going to have to be participatory. Because you can’t do human rights in any other way. A simple way of understanding this is that people affected by the issue have to be involved in every stage of solving the issue. So if the government decides that we have a homelessness and inadequate housing problem on our hands, and we have to address it, they can’t just go off and start drafting policies and legislation. They actually have to start engaging in meaningful consultation with people and have them involved in every aspect of the plan.

Governments don’t always recognize that people actually have expertise in their own lives. We have to understand that people have enough knowledge and expertise about what it means to live in dignity and security. That’s almost invariably not understood by most governments. It’s pretty rare.

And the other thing that is also not understood is meaningful participation. People need resources so that they can participate.

I’ll give you a very concrete example with what’s happening with Heron Gate in Ottawa. This is a community being wiped out by a large asset management firm. And it’s being replaced with more expensive homes and people won’t be able to move back. It’s a modern day tragedy. A not uncommon one. What would it mean if the residents in Heron Gate had been meaningfully consulted?

It’s not just a matter of Timbercreek [the asset management firm] hosting a community meeting.  It goes way beyond that. For example, the residents need resources so they can participate. I’m not talking about just money to hire a babysitter so you can attend a meeting. Heron Gate is, in part, about the viability of the units – are they too decrepit to refurbish? Residents of Heron Gate should have been provided with the resources to hire their own inspectors who could have come to the community to determine whether the homes there really had to be demolished. The community should have been able to determine that for themselves, and from there they should have been provided with meaningful opportunities to negotiate with Timbercreek. The City should have facilitated this. Governments very rarely understand that that is one of their obligations.

What has been the response from governments around the world to the right to housing framework?

I have for the most part had pretty constructive conversations with governments. Because around the world, states have committed to the UN’s Sustainable Development Goals, or what we call the 2030 agenda. This gives us common ground. The first target of Goal 11 (sustainable cities and communities) stipulates that states must “ensure access for all to adequate, safe and affordable housing and basic services and upgrade slums.”

There’s no way to read that but through a right to housing framework. Affordability is one of the cornerstones of adequate housing and so is security of tenure. The preamble to the 2030 Agenda is also grounded in the Universal Declaration of Human Rights and situated in a human rights framework.

We’ve got really firm and mutual ground to stand on, so I don’t anticipate there being pushback. What I anticipate is a lack of know-how, or governments doing it by halves.

But maybe if we look at it that way, we are already a big step forward. Maybe that’s a big step where we’re not arguing about whether or not the right to housing exists, but rather about how it gets implemented.

And what has been the response to The Shift here in Canada?

MP Adam Vaughan, who is also Parliamentary Secretary to the Minister of Families, Children and Social Development, was really engaged at the third United Nations Conference on Housing and Sustainable Urban Development in Quito [capital city of Ecuador] in 2016. He took the floor and was really enthusiastic. He later attended a planning meeting for The Shift and we have been in discussions since.

I’m hoping that the government might play a bit of a leadership role around bringing in other governments and parliamentarians. I think once Canada sees itself through this National Housing Strategy process — assuming the government makes good on what they said they were going to do, and I’m expecting that they will — it would be in a really great position to say, “Hey look folks, this is not so scary. We made this shift towards a rights-based approach and we’re willing to give it a try. Why don’t you?”

I think Canada could become ambassadors. We’re doing that already with respect to our refugee program. We are going around the world selling our refugee program and the way we invited Syrian refugees into Canada, and we’re exporting that model to other countries. So I’m hoping we might be able to export a strong rights-based approach to housing to other countries, too.

How do we recognize that housing is a human right and not a commodity? We spoke to UN Special Rapporteur Leilani Farha about The Shift, a global movement aimed at reclaiming the right to housing.
Sign up for our newsletters