Moving from NIMBY to YIMBY 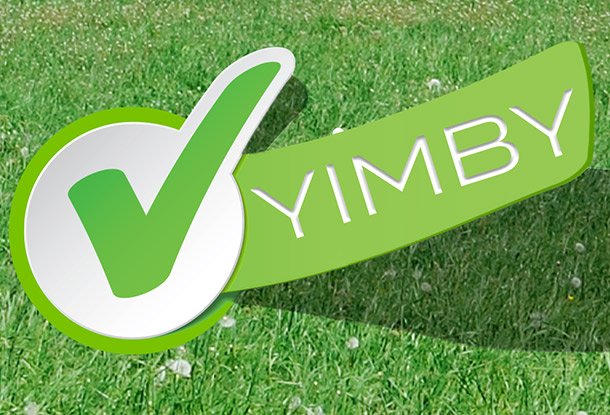 Many of us have dedicated our lives to promoting engaged communities, where residents come together for the good of their neighbourhood. But what if these same communities believe “preserving good neighbourhoods” means keeping out homeless shelters, rooming houses, supportive housing, and other places where low-income people live?

That was the question the HomeComing Coalition asked in 2002. We came together after a dispiriting public meeting about a proposed supportive housing development. Dozens of ordinarily progressive Riverdale residents showed up to say they didn’t want “those people” in their neighbourhood.

We realized that this was not healthy community engagement. Nor was it simply a matter of conflicting interests. It was discrimination.

We wanted to change the narrative

HomeComing started by bringing together city planners, supportive housing providers, mental health consumers, and human rights advocates. We wanted to ensure city planning practices did not become a platform for prejudices and fears, and help non-profit agencies create new homes without compromising the dignity of the people they serve.

Over the course of the next decade we met with every planner working for the City of Toronto at a series of brown-bag lunches. We published our Yes In My Backyard and Beyond the Backyard Fence toolkits. We mobilized faith groups, and anti-poverty and housing advocates to speak up at public meetings. And we worked closely with our allies at the Advocacy Centre for Tenants Ontario and the Dream Team, a group of mental health consumers to mount legal challenges against discriminatory city by-laws.

Rights aren’t real unless they are exercised

In one decade the legal framework changed, but public perception has not yet caught up.

Most of us would not even consider seeking our neighbours’ permission before buying a home. But parents who think homeless people endanger their children expect to be consulted when a shelter is planned near their home.

It’s illegal to discriminate on the basis of family status. But although four-person families can be found throughout Scarborough, North York, and Etobicoke, households with four adults who pay rent separately are deemed to be living in a rooming house – an illegal and, for some city councillors, unwelcome use.

So after a five-year hiatus, HomeComing is back to help ensure these rights are realized. We are resuming our efforts to change the rules of the game, so that the planning process upholds the legal rights of people pushed to the margins. We are also:

We are also inspired by efforts to appeal to our “best selves.” For example, the Toronto Alliance to End Homelessness has collaborated with the City’s Toronto for All campaign to ask, “Which Toronto do we wish to be?” When the Red Door Family Shelter relocated to its new building, its future neighbours received the invitation, “Let’s show what a caring community looks like.” Instead of the usual town hall meeting, about 60 neighbours gathered at the shelter to sign a welcome banner and eat cake donated by the local BIA.

A year to say “Yes-in-My-BackYard”

This year, the federal government will be announcing its National Housing Strategy. The Ontario government has just announced new funding for supportive housing, and opened the door for local inclusionary zoning. The city of Toronto has resolved to create ten new homeless shelters, a city-wide rooming house licensing by-law, and foster new affordable housing through its Open Door strategy.

It’s a year when saying “yes” would make all the difference. It would mean neighbours welcoming a new homeless shelter on their block. Or money now spent on drawn-out public consultations going to house low-income people instead. Or municipal councillors saying “Yes-in-My-Ward” – confident they will gain votes, not lose them, in the next election. And it would mean people who are homeless, have a mental health or addiction issue, or simply have a low income would enjoy the same rights as the rest of us.

This is HomeComing’s work. And it is the work of engaged citizens everywhere who believe that we all have a right to a home.

Paul Dowling is the project manager of the HomeComing Community Choice Coalition.

Overcoming discriminatory NIMBYism means giving people the tools and resources to say “Yes-in-My-BackYard” to supportive housing, rooming houses and homeless shelters.
Sign up for our newsletters