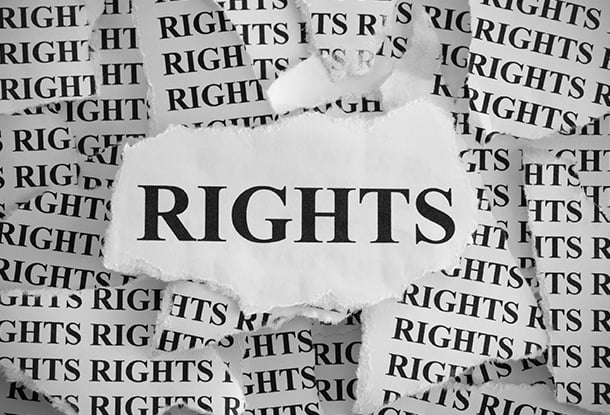 December 10 marks the 70th anniversary of the adoption of the Universal Declaration of Human Rights. That document, which lays out the inalienable rights that belong to all of us, stands as a symbol of the progress we have made in seeing and respecting the fundamental dignity of all persons, even as it reminds us of the work that remains to be done at different levels.

Eleanor Roosevelt, who chaired the drafting committee of the Declaration, believed that human rights had to matter not just at the international or governmental level, but at the level of the everyday – in people’s workplaces, neighbourhoods, schools, and families.  “Where, after all, do universal human rights begin?” she asked, in a speech given at the United Nations on the tenth anniversary of the Declaration. “In small places, close to home – so close and so small that they cannot be seen on any maps of the world. Yet they are the world of the individual person; the neighbourhood he lives in; the school or college he attends; the factory, farm, or office where he works. Such are the places where every man, woman, and child seeks equal justice, equal opportunity, equal dignity without discrimination.”

In the spirit of that observation, we asked thirteen leaders in our network to offer one concrete action you can take today to stand up for human rights in your daily lives.

Here’s what they said.

The Universal Declaration of Human Rights is a powerful document — in its attention to the dignity of all people and its insistence on the indivisibility and interdependence of our rights. Since the Second World War, this document has stood for the inalienable rights we all have as human beings, from social and economic rights like the right to housing and food, to civil and political rights like the right to vote or the right to exercise free speech. Everyone should read it!

And did you know? John Peters Humphrey, a Canadian, was one of the authors of the first draft of the Universal Declaration of Human Rights.

2. Stand up for the Right to the City

Support independent businesses, speak out against anti-immigrant sentiments, honour people’s pronouns, and tell the City shelters are welcome in your neighbourhood

Originally coined by French theorist Henri Lefebvre, the idea of the Right to the City has been taken up by movements working for social, environmental, racial, and gender justice in cities. Canada’s large cities are generating enormous prosperity — but they are also growing increasingly unequal, segregated, and polarized. More and more people are pushed to the margins, excluded from the opportunities and benefits of urban life.

3. Learn about how the Safe Third Country Agreement violates Article 14 of the Declaration of Human Rights

Article 14 of the Declaration states that “Everyone has the right to seek and to enjoy in other countries asylum from persecution.” However, this right is being violated with the enforcement of the Canada-United States Safe Third Country Agreement, in effect since December 2004.

With the Safe Third Country Agreement, the United States and Canada declare each other “safe” for refugees, meaning that refugee claimants entering Canada from the United States are often turned away at the US-Canada border, putting thousands in danger.

4. Support the call for landed status for migrant care workers

Send an email to the Immigration Minister and support care workers in getting permanent residency status, family unity, and full rights

Thousands of racialized women come to Canada every year to take care of Canadian families. By law, they are tied to their employers which makes it impossible for them to leave a bad job or get a new job when elderly employers pass away. Every day, women are facing low wages and abuse. Care workers are separated from their own families, often for 5 to 10 years, before they are able to apply for reunification. Even then, many families are denied.

Currently over 20,000 women are waiting to have their applications reviewed, and now the entire program is set to expire in 2019. This means that thousands of care workers may become undocumented.

Collecting human rights-based data in your organization can help you identify or verify problems, and highlight otherwise “invisible” systemic discrimination. But collecting data on its own is not a solution. You need to act on it, and that’s how collecting data can help you build trust. It becomes a tool for learning what is and isn’t working, and for charting your progress towards solutions. It can help you identify a starting point, and analyze whether steps you have taken are helping or hindering efforts to eliminate discrimination.

Download, read, and share the child friendly version of the Convention on the Rights of the Child

Children’s rights are human rights for children. The Convention on the Rights of the Child is a treaty that recognizes specific rights for children. Human rights are basic standards to which every person is entitled, to survive and develop in dignity. The provision and protection of children’s Convention rights is the primary responsibility of governments at all levels, and realizing the promise of the Convention is an ongoing, progressive commitment. So this Human Rights Day, we invite you to share the Convention with the young people in your life – because only by knowing our rights can we make sure they are being respected and protected.

7. Support entrenching the right to housing in the National Housing Strategy Legislation

In its National Housing Strategy, the federal government committed to legislation that will recognize the right to housing. The Universal Declaration of Human Rights recognizes socio-economic rights such as housing and food as fundamental human rights, central to dignity and equality and requiring, like other human rights, access to hearings before a competent tribunal. Canadian governments and courts, however, have left those who are homeless or hungry without access to hearings into these rights.

Check out the draft legislation proposed by a coalition of civil society organizations and individuals and support their call for access to hearings into systemic issues before the Canadian Human Rights Tribunal. This legislation could be the beginning of a historic reclaiming of the unified vision of rights in the Universal Declaration of Human Rights, but only if we insist on it.

8. Talk to your elected representative about housing as a human right


Write to your City Councillor, Member of Provincial Parliament, and Member of Parliament to ask them what they are doing to advance housing as a human right

Housing is not only about a roof over your head, but also about the dignity, safety, and opportunity it can provide for everyone in our society. Article 25 of the Universal Declaration of Human Rights recognizes the right to housing as part of a right to an adequate standard of living. It is important for us as decision makers to know that you support the principle that housing is a human right.

9. Welcome homeless people to your neighbourhood

Say “Yes-In-My-Backyard” and be a YIMBY

Your warm greeting can remind someone on the street that they belong. Your vigorous support for a new shelter, supportive or affordable housing in your neighbourhood enables them to claim the right to live in the neighbourhood of their choice without discrimination. This is a right set out in the section addressing “Discriminatory NIMBYism” in the Ontario Human Rights Commission’s Policy on Human Rights and Rental Housing and affirmed in the Toronto Housing Charter. You can also find out more about these rights and what you can do to support them at yesinmybackyard.ca.

10. Support Ontario’s vulnerable children by standing in solidarity with them and their allies to uphold their rights

Send an email to the Minister of Children, Community and Social Services about the importance of supporting the rights of children and vulnerable young people

When the Ombudsman’s Office takes on provisions from the Child Advocate’s Office, we must work to strengthen this change. We (the Ontario Children’s Advocacy Coalition) would recommend the following:

It is imperative that children must know their rights in order to realize them, as well as pinpoint when said rights are being breached. It is also crucial to have a separate unit for their nuanced and unique needs where they can be active participants in issues that affect them, within a unit which understands engagement with young people.

11. Think about furthering democracy at the local level

My work is about civic inclusion and enabling people to have a say in the decisions that impact their lives. A truly meaningful democracy requires practices and pathways that enable people to realize their human rights and have a voice in political processes. This is acknowledged in the Universal Declaration of Human Rights itself through Article 28: “Everyone is entitled to a social and international order in which the rights and freedoms set forth in this Declaration can be fully realized.”

This could mean holding public consultations in a local community space while providing childcare, or partnering with institutions such as schools, libraries, and non-profits that connect with people on an everyday basis to hold civic education workshops or town halls in multiple languages. Thinking about how we can better foster civic inclusion can help us to think about how human rights are realized in our everyday lives.

12. Learn about your rights as a tenant

To learn about your rights as a tenant in Toronto, you don’t have sift through hundreds of pages! You can download a copy of FMTA’s Tenant Survival Manual today.

Tenants often don’t have good understanding of their rights. Many believe landlords can do whatever they want, without understanding that there are hundreds of pages of federal, provincial, and city laws that protect tenants. Because of this, many tenants often end up paying money they don’t owe, living in conditions that are not up to standard, and moving out when they don’t have to.

13. Make sure every student can graduate from high school with the skills and competencies they need for long-term success

Participate in the Ontario Curriculum Review, and submit your response before December 15

Canadians are living in a time of profound economic, social, and technological transformation. As society’s needs evolve, public education must also adapt, so that young people today are fully prepared for the world they will encounter tomorrow. All students — no matter what their family income, their parents’ education, or where they live — should have a right to a public education that teaches them the up-to-date skills and competencies they need to thrive and succeed, and to contribute to a fair and prosperous society.

December 10 is Human Rights Day and 2018 marks the 70th anniversary of the adoption of the Universal Declaration of Human Rights. We asked thirteen leaders for one concrete action to take to stand up for human rights.
Sign up for our newsletters