Getting the big things right in poverty reduction 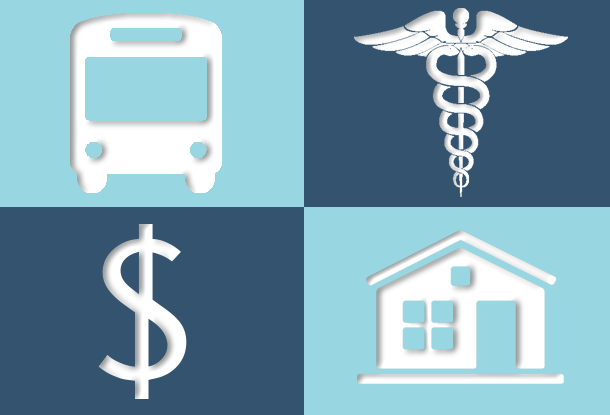 In many ways it is an encouraging time for those of us interested in eliminating poverty. Both the federal government and British Columbia are developing poverty reduction strategies to anchor their efforts, as most provinces and many municipalities already have. At their best, poverty reduction strategies provide a focal point for this work, with ambitious and achievable targets, accountability for progress, and an opportunity for communities to weigh in. The processes to create these strategies have often been effective at soliciting input from the community, from experts, and importantly, from people with lived experience of poverty making their voices heard.

While this input is essential for crafting effective poverty reduction strategies, the volume of input presents a challenge for those at all levels of government charged with shaping and implementing the strategies. They are left with very long and disparate lists of what should be included that range from grand visions of a complete new architecture to very specific initiatives to deal with something affecting a small population. Some proposals take into account how they would be financed and delivered, while others leave that up to the government in question. You wouldn’t blame the policy makers if their heads were spinning.

When governments try to accommodate as many of these ideas as possible, the sum is typically far less than its parts. The risk in including too many things in one strategy is a lack of clarity, insufficient funding for each, and a strained ability to implement and deliver. People living in poverty don’t need another tepid under-funded program that gives lip-service to their needs but doesn’t actually reach them. Nobody needs another hasty pilot for a major policy shift that is never really going to be considered.

Instead of boutique programs that are not designed to scale, what we need is a focus on some big instruments that will effectively and enduringly change lives for the better. Two decades ago, the federal government brought in the Canada Child Tax Benefit, which the Trudeau government has reconfirmed with a funding boost as the Canada Child Benefit. When Ontario was developing its first poverty reduction strategy a decade ago, it made sure that the Ontario Child Benefit got a significant boost in funding.

These instruments, and their other provincial equivalents, have dramatically reduced child poverty with an effect that would not have been possible with a much more modest implementation of a wider range of policies. A generation prior, the creation of the Guaranteed Income Supplement combined with Old Age Security helped to dramatically reduce poverty among seniors. We can find similar enduring changes looking back a generation further to the creation of Unemployment Insurance and even a generation beyond to the creation of what is now the Workplace Safety and Insurance Board over a century ago.

Big instruments, when well thought out and properly funded, work well. They can make a big difference for big problems, and they can endure as foundational elements of our social contract.

Getting the big things right is a first duty of a poverty reduction strategy. That doesn’t mean governments shouldn’t respond to the many smaller requests, because in many cases targeted interventions can make the difference to meet the real needs of smaller groups of people. But a collection of small supports and pilot programs is no substitute for big instruments that address the core drivers of poverty in people’s lives.

The creation and renewal of poverty reduction strategies are an opportunity to identify the potential for big changes that can make a lasting difference.
Sign up for our newsletters