How to keep the Canadian Poverty Reduction Strategy on target 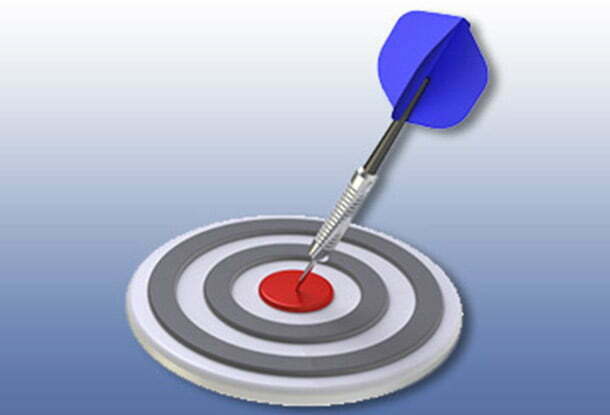 With defined targets, governments have the opportunity to take credit for meeting them or face the prospect of explaining why they haven’t. This is the incentive and accountability needed to make social policy targets effective. But not all targets create the right incentives. To be effective in driving meaningful progress in reducing poverty, targets need to be:

The first criterion is that the government needs to know it will be accountable for its progress when it is seeking re-election. This accountability is important not only for the function of our democracy, it also ensures that we continue to progress towards the realization of Canadians’ right to be free of poverty. This is difficult in practice as the main statistics for low income (the primary way that we measure poverty) are published 18 months after the data is collected. So the statistics published in May 2017 actually tell us about poverty in 2015.

The slight rise in poverty shown by the latest numbers occurred under the previous, not the current, government’s watch. This delay is part of the problem with setting a target to reduce poverty: if it takes 18 months to publish the figures, governments are only accountable for what they’ve achieved in their first three years (or two budgets) of their term when seeking re-election.

Some delay in publishing official low income numbers is inevitable. This lag is required to ensure that the data is reliable and robust – it is far better to have late numbers than wrong numbers. But an 18-month lag seems excessive for an issue this important. If reducing poverty is a priority for the federal government, then investing in timely data should be too.

The PRS itself needs to include multiple-metrics that make governments accountable for their actions to reduce poverty throughout their term, not just at the beginning. Along with the official measures of low income, the targets could draw on the latest earnings data to track how many employees are paid less than $15 an hour and revive the Social Assistance reports to track changes in welfare needs.

The second criterion is to ensure targets are wide-ranging and that the government can only meet them in a meaningful way. A simplistic target can result in simplistic solutions. For example, if the target is to reduce the headline number of people below the low income threshold by five per cent by 2025, this could be achieved by making those just below the poverty line slightly better off. Similarly, a headline target to specifically reduce child poverty leaves huge swaths of the population behind. Effective targets are ones that ensure they can only be met if meaningful progress is achieved; for example, a target could aim at reducing the total number of people in poverty and its depth across marginalized groups.

Third, targets need to be ambitious and achievable. If they are not, governments once again lose that incentive to meet them as they know that they realistically won’t.

The U.K. offers an example of how an unachievable target has left it without a direction on poverty. In 2010, the U.K. Parliament passed the Child Poverty Act, which committed the government to meet four poverty reduction targets by 2020. But the ambitious nature of these targets was compounded by stagnant incomes, leaving progress in reducing poverty effectively stalled with no clear path forward. By 2016, after the official annual report said the targets would be “missed by a country mile,” the targets in the act were repealed and no replacement target has been set. Child poverty in the U.K. is now forecast to increase and the government has no target to decrease it.

The right targets make governments accountable for their actions. They give all levels of government and their agencies goals to work towards. This means having targets the government will deliver on and will lead to a meaningful reduction in poverty.

A national poverty reduction strategy with targets is welcome. The strategy is an opportunity to fulfill the right of Canadians to be free of poverty – to have access to health care, housing that meets their needs, public education, and a means of income. But this will only happen if the government chooses targets that will advance us towards realizing this right.

The federal government must choose a poverty reduction target that is meaningful and effective – one that is timely, wide-ranging, and ambitious and achievable.
Sign up for our newsletters