What does the federal budget mean for low-income Canadians? 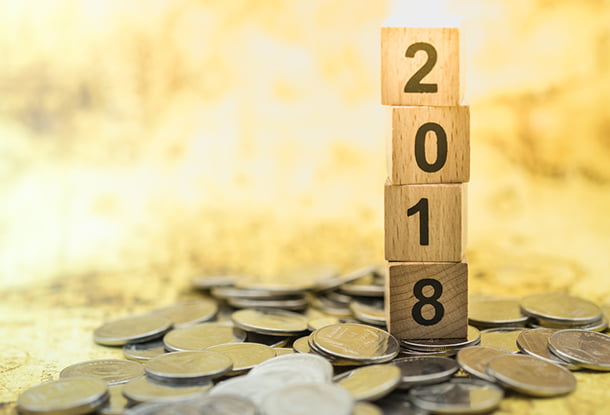 On February 27, the federal government tabled its 2018-19 budget “Growth + Equity: A Strong Middle Class.” Among the 364 pages, there were some notable policy announcements that will help reduce poverty.

The main new measure in the budget to specifically target lower-income families was the additional funding for the Working Income Tax Benefit, which was announced in the fall. Budget 2018 included details of how that money would be spent and some further funding. In short, it will be more generous, easier to access, and have a new name – the Canada Workers Benefit.

A widely reported announcement in the budget was an additional five weeks of parental leave available only to the second parent. But, as many lower-income families are ineligible for EI parental benefits altogether, Budget 2018 missed the opportunity to address the broader range of gaps in our system of parental leaves and benefits.

The budget also included a substantial investment in improving services for Indigenous communities, who have among the highest poverty rates, and a plan to explore national pharmacare.

More money for low-income workers that is easier to access

Perhaps the most significant aspect of the budget in terms of poverty reduction was the announcement that the Working Income Tax Benefit (WITB) would become the more generous Canada Workers Benefit (CWB). This change will specifically benefit lower-income working people.

Budget 2018 contained details of how an additional $500 million per year by 2019 to boost WITB/CWB (originally committed in the 2017 Fall Economic Statement) would be spent. The federal government’s model for CWB is more generous than WITB in two main ways:

In addition to this, the disability supplement for people with disabilities who face financial barriers to entering the workforce will increase by $160 to a total of $700.

Alongside the technical details of how the funding confirmed in the fall would be spent, Budget 2018 announced new spending to improve access. Currently individuals can only claim WITB if they complete a separate application in their tax returns. From the 2019 tax year the Canada Revenue Agency (CRA) will proactively assess eligibility for CWB for all tax filers, even if they haven’t completed an application to claim it. (Currently a large share of WITB goes unclaimed which is why Maytree called for automatic assessment last year.) This small shift in the application process represents a substantial investment of $200 million per year.

Even with CRA assessing eligibility by default, tax filers are still expected to complete the separate forms with their taxes to avoid late, over and under payments. The capacity of the CRA to accurately estimate and administer CWB to all tax filers in 2020 will be crucial to its success because delays and errors in payment can be difficult to manage, particularly for people on lower incomes. For now though, this is good news. The government estimates that the new CWB will benefit more than two million Canadians and lift 70,000 people out of poverty.

One of the headlines from the budget was the change to parental leave. From June 2019, an extra five weeks of parental leave will be available for two-parent families under the EI Parental Sharing Benefit. These extra five weeks bring the total to 40 but are only available if both parents take leave (an individual parent can take a maximum of 35 weeks).

This change replicates an aspect of the popular model used in Quebec and may begin to facilitate a culture change in parental responsibilities. But from a poverty perspective this is a missed opportunity to address a major problem with the parental leave system: it excludes people who have not accrued sufficient EI contributions who are mostly lower-income families.

A less publicized budget announcement relating to EI should benefit a small number of lower-income mothers. The budget confirmed that the EI Working While on Claim pilot project will be made permanent (it was due to expire in August 2018) and slightly expanded.

The pilot, originally introduced in 2005, currently allows claimants to keep 50 cents of their EI benefits for every dollar they earn up to a given maximum. But while the existing pilot applies to parental and caregiving benefits, it does not apply to maternity and sickness benefits. In these instances, people wanting to stage their return to work after an illness or the birth of a child jeopardize their EI benefits.

Budget 2018 announced that maternity and sickness benefits will also be eligible as the pilot is made permanent. Although this change is not expected to dramatically shift the number of mothers who work while receiving maternity benefits, it should benefit those in low-income households who face financial pressures to work. It will also support people with longer-term illnesses, chronic illnesses, or episodic conditions to gradually return and stay connected to work.

Welcome investments in the Canada Child Benefit and Indigenous communities

Although the $5.6 billion investment in the Canada Child Benefit (CCB) mentioned in the budget had already been confirmed in the Fall Economic Statement, this is a welcome change for lower-income parents.

CCB is not a benefit specifically targeted towards people on low incomes – over the years it has been expanded so that middle-income parents also receive it. But the commitment to index the CCB to inflation from May 2018 will make the biggest difference for lower-income parents. This is something that Maytree has been calling for since the original plan to freeze CCB values until 2020 was announced. It means that the child benefit aspect of their income is guaranteed to rise in line with costs and provides a degree of certainty and consistency for those struggling to make ends meet.

Though no money was committed towards it, Budget 2018 announced the creation of an Advisory Council on the Implementation of National Pharmacare. The council will assess domestic and international pharmacare models and recommend options to the Minister of Health and the Minister of Finance on how to move forward. Given provincial constitutional responsibility for healthcare, any national plan led by the federal government would depend on significant federal-provincial-territorial negotiations.

With research showing that about 5.5 per cent of Canadians reported being unable to afford one or more drugs in the prior year, there are clearly flaws in the current provision that need to be addressed. But this council may not be a step towards a national pharmacare program. The day after the budget, Federal Finance Minister Bill Morneau said that the government was looking to develop a “national pharmacare strategy not a national pharmacare plan.” A strategy “that deals with the gaps but doesn’t throw out the system that we currently have.”

But while there is reason to be cautious about the scope for a dramatic change in access to prescription medication, there is reason to be optimistic about greater access to benefits. Budget 2018 included multiple investments in improving and simplifying the way that Canadians access the financial supports they are entitled to.

Along with the CWB and investment in benefit access for Indigenous communities outlined above, Budget 2018 announced more funding to make tax filing a more user-centred process. This included a doubling of the funds for a program that supports Indigenous peoples, newcomers, seniors, low-income earners, and people with disabilities to complete tax returns and receive the benefits to which they are entitled.

Accessing benefits is often an onerous, complicated, and lengthy process. Having more generous financial supports will only reduce poverty if those benefits can be claimed by those entitled to them. Along with increasing the value of some benefits, Budget 2018’s emphasis on improving access to them has the potential to make many more low-income Canadians better off.

On February 27, the federal government tabled its 2018-19 budget “Growth + Equity: A Strong Middle Class.” Among the 364 pages, there were some notable policy announcements that will help reduce poverty.
Sign up for our newsletters