Ontario
Social assistance is the income program of last resort. It is intended for those who have exhausted all other means of financial support. Every province and territory has its own social assistance program(s) and no two are the same.

In Ontario, social assistance is composed of two programs:

Both Ontario Works and ODSP provide income and employment supports, as well as a range of benefits.

Ontario Works income assistance includes an amount for shelter and basic needs such as food and clothing. In addition, employment assistance helps clients find, prepare for, and maintain a job.

After increasing in the late-2000s/early-2010s, the number of families or individuals receiving Ontario Works has been reasonably flat in recent years at 250,000 in 2017/18. This is about half the level of the mid-1990s peak. The number of beneficiaries (individual claimants, their partners, and dependent children) stood at 454,000 in 2017/18. 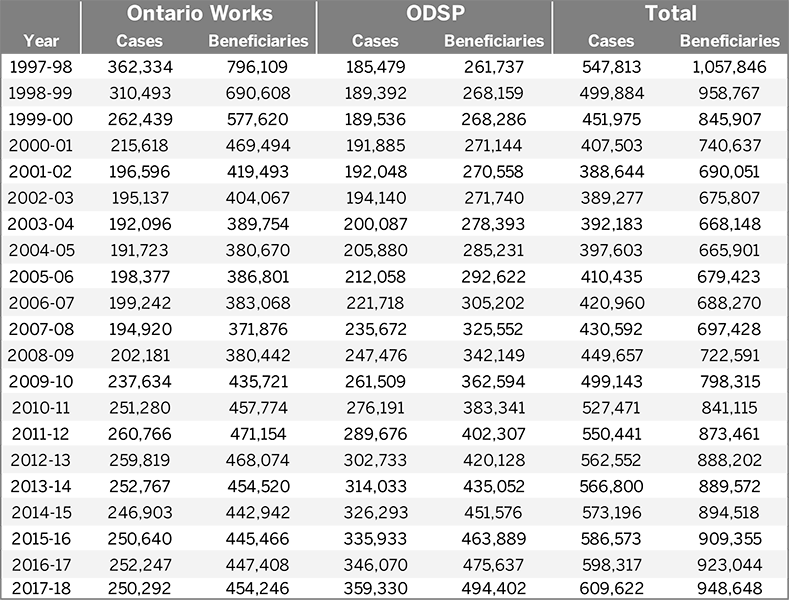