Creating a new standard for engagement that includes people with disabilities 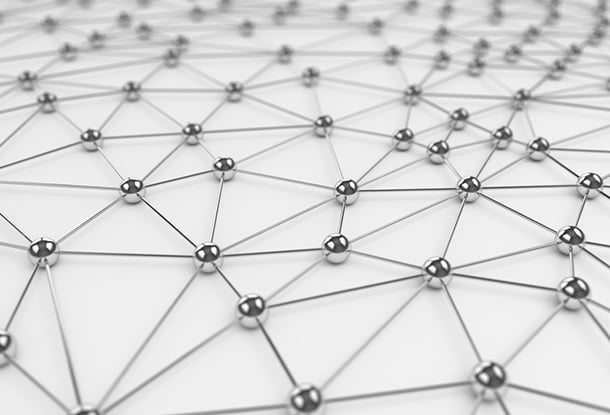 Rights-based participation emphasizes the leadership of those directly affected by systemic issues and protects their right to be involved in the decision-making that affects their lives. But many community engagement processes and policy consultations still overlook the experiences and expertise of people with disabilities; this is true of both the research conducted to understand the dimensions of an issue as well as the accessibility of engagement processes.

As part of our series on rights-based participation, we spoke to CILT’S Executive Director Wendy Porch about how the non-profit sector can integrate accessibility into its processes.

Q: Civic engagement processes are becoming more inclusive, but there are still gaps. In what ways are people with disabilities being excluded from meaningful participation and why?

Across the whole spectrum, there are a number of barriers that keep people with disabilities from being at these tables.

A lot of civic engagement is now underpinned by research. Typically there is a background paper that talks about the issue and the statistics relating to people who are impacted.

It’s as though people who are putting together reports and questions for consultations don’t ask about disability, don’t know how to disaggregate the data, or don’t know that they should disaggregate the data. So we end up being absent from that kind of overarching context when we’re starting to talk about the problem. Then there’s a knock-on impact of never being present in the invitations that go out to groups to come and talk about how to solve the problem.

Further, the documents produced are not usually accessible. So the background document is not available to people who have visual disabilities or use a sip-and-puff switch or an alternate computer setup requiring keyboard only access.

There are issues related to stigma too. People are nervous or don’t understand how to work with people with disabilities. So even when they should be at the table, they’re not necessarily invited.

Q: What about lack of accessibility at the consultations?

People with disabilities going to these kinds of events require some additional things, like attendants and accessible communications.

Attendants are people whose job it is to assist people with physical disabilities or other kinds of disabilities with doing things if they need help — like using the bathroom, looking at the documents, eating, or getting their coats off. When we plan an event at CILT, we always have attendants on hand. But I have almost never seen an attendant at another event.

People also require accessible communications. But how often have you been to a consultation where people are actually providing sign language interpretation? When they do provide it, it’s either been arranged in advance or it’s a special consultation.

People with disabilities are often expected to go to special consultations for disabled people where they will provide attendants and accessible materials and ASL if it has been requested. But to just drop into a consultation that you think is interesting, on the day, is impossible to do if you’re a person who is Deaf because they will not have sign interpretation. If you’re a person who is blind, you can’t do that because it’s unlikely that they’ll have accessible materials. If you’re a person with a physical disability who requires an attendant, you can’t drop in unless you have your own attendant. We’re still relegated to particular times and places where we can participate in these kinds of consultations versus a rights-based approach where we have a right to be at any of the consultations.

But none of these problems are without solutions. They can all be solved. We need resources and time and a willingness to solve them.

Q: How could the non-profit sector address the cost of hosting accessible events?

There are additional costs associated with providing accommodations and alternate formats so that people with disabilities can exercise their right to be part of the consultation process. It can become unclear who pays for those things.

Small non-profits might have difficulty finding that money. There isn’t a broader, citywide fund that you can just tap into for that. It would be helpful if there was something bigger that organizations could tap into to offset those costs in a formal way.

When funding is available, it’s not always earmarked for accommodations. When we hosted our City of Toronto housing strategy consultation here at CILT, we got some money from the City. As with any of these kinds of things, you got a contract that outlined how you could use the money. But accommodations like ASL, alternate format, attendants, and CART (which is live captions for people who either are hard of hearing or have learning disabilities), were not in the contract under allowable expenses.

The City of Toronto was very amenable to us using the money in that way, but those items didn’t even show up in the formal documentation. If there was another organization that wanted to have a consultation and have it actually be accessible to people with disabilities, they wouldn’t have known that they could spend the money in that way. The structures have not changed to include the needs of people with disabilities.

Q: What are some of your recommendations for ensuring the participation of people with disabilities?

Actually making sure that you are trying to create an accessible event from the start with your own processes internally would be a huge step forward. That means you would formally embed accessibility within any processes related to having consultations — simply by virtue of there being a consultation, it would be accessible. You would have a callout for people who require accommodations; they could request them from you. You would have processes in-house to book sign language interpreters, to know who to contact about alternate formats, to make your materials accessible from the start. You would include organizations and individuals with disabilities in the invitations and in the content of the questions being asked in the consultation. You would embed all of that into your regular practice.

If you don’t know how to do this, seek people out who can tell you how. Make that a priority. Get the training that you need to understand how to do those things. Typically it’s not very hard to make these things accessible and to think about people.

In addition to the systemic issues, there’s something else to be addressed, a kind of avoidance. Sometimes people get a bit nervous around people with disabilities. As a person with a disability, I know that’s true.

Try to get beyond that yourself in the same way that you think about other sorts of unconscious bias. Recognize what’s happening for yourself around disability and try to get beyond it. Reach out and say hi. You have to be willing to get it wrong a couple times or feel awkward or uncomfortable to get beyond this.

Good intentions are great but that is not the same as having somebody at the table. These issues are so important for all of us. Try to see beyond whatever is happening for you personally in that space and extend an invitation so that we can all be present and work together on these things.