Do we need a rights-based approach to dental care? 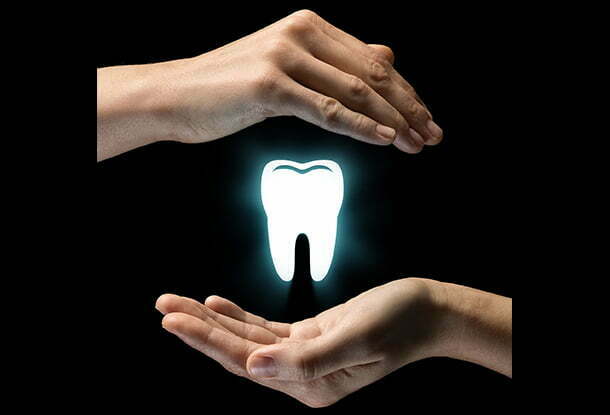 Let’s begin with the numbers. An estimated 32 per cent of Canadians don’t have dental insurance. According to a report released by the Canadian Dental Association, 53 per cent of adults between the ages of 60 and 79 are uninsured, as are 50 per cent of low-income Canadians. Every year, tens of thousands of patients who don’t have access to affordable dental care seek treatment in emergency rooms; in 2014, for instance, the estimated cost of emergency room visits in Ontario for dental problems was $31 million.

Across Canada, provincial governments offer some form of publicly funded oral care for particular groups of people, but the patchwork of services offered doesn’t meet the needs of those seeking care, and leaves out significant numbers of people who don’t qualify for the programs and don’t have employer-provided benefits. Publicly funded oral care is still largely delivered through private dental clinics, but many patients have trouble finding dentists who will treat them. They’re often turned away owing to low reimbursement rates and the persistent stigma surrounding poverty. A recent piece in the CBC called this our “ugly, awful secret” — dentists in Ontario turning away children from low-income families owing to low reimbursement rates from the government.

For some of our most vulnerable communities — adults and seniors on social assistance, refugees, newcomers, Indigenous peoples —  lack of access to affordable dental care means poor overall health, chronic pain, lost income, increased barriers to employment, and decreased self-confidence. And while universal health care has become a matter of Canadian national pride, universal dental care is at risk of being sidelined as a public health priority.

Dental and non-dental medical professionals as well as community advocacy groups have been calling for an expansion of publicly funded dental programs. Many argue that oral health is part of general health, and should be included in our universal right to health care.

We hear about calls for universal pharmacare, but we’re often not thinking about dental care. Why should our right to health include universal access to dental care?

Oral health is recognized by dental and medical professionals as part of general health care. The mouth, teeth, and gums are part of the body, and our bodies function as systems. If there is an infection within the mouth, this can impact a person’s overall health. Poor oral health has been linked to many health conditions including cardiovascular disease, diabetes, and pneumonia. Despite this rather well-established connection between oral health and overall health, universal access to oral health care services was omitted when Canada’s universal health care system was created in the 1960s.

If we are to uphold the universal right to health care, then there is also a duty to ensure at least a minimum standard of dental care for all. A rights-based approach to health would mean progressive realization of the right to health by including access to dental health care.

Why has dental care been left out of our understanding of universal health care?

There are several interrelated reasons — legislative, professional, socio-cultural, and economic.

The Royal Commission on Health Services (1961-1964) recommended that the federal government create agreements with the provinces to deliver targeted dental services for children, expectant mothers, and recipients of social assistance. Despite dental disease being identified as one of the most frequent health issues across Canada, the Commission viewed oral health and dental care as “individual responsibilities.” The responsibility was related to the extent of an individual’s capacity. At the time, the Commission felt there was a “lessened capacity” for individual responsibility in children, expectant mothers, and public assistance recipients.

There was also strong lobbying by the private dental profession at the time to exclude universal dental care as well as a shortage of dentists; there simply weren’t enough dentists to provide adequate care for all groups if a universal plan was implemented at that time. As well, following WWII, a growing middle class was receiving employer-provided benefits covering dental care. There was little to no incentive to provide publicly financed programs.

There were also concerns surrounding the economic impact of publicly financed dental care, given that dental disease was exceedingly common in the late 1940s and 1950s. Governmental involvement was considered most effective and cost efficient in large-scale preventive measures, such as community water fluoridation and health education.

Why is there a need for policy change now?

Due to the flaws in the current model, provincial health care systems spend millions of dollars every year in emergency room visits for dental problems.

The private dental sector does not work well for those Canadians who receive publicly funded dental benefits or the roughly 32 per cent of Canadians who are fully uninsured and without the means to pay. It does not work because recipients of public assistance are often turned away due to low reimbursement rates and negative stereotypes; because several essential procedures and services are not covered through public financing; and because significant numbers of people simply cannot afford or access the dental care they need.

There is a significant amount of charitable work done by private dental professionals to provide pro-bono or subsidized dental services to people who are unable to pay. While this gesture is well-meaning and appreciated, it does not address the roots of the problem and is not a sustainable solution.

What forms or models of publicly financed dental care exist at the moment, and how can they be improved?

Publicly financed dental programs vary across the provinces and are targeted to different groups. In Ontario, we have a program called Healthy Smiles for children 17 years and younger, that combines six different publicly financed programs. There are also specific services that are covered for some adults, First Nations, veterans, and refugees. You can find a full list of services covered for adults here.

We have alternative models of delivery in pockets of the country, but they must be expanded through investments in publicly funded dental infrastructure such as Community Health Centres, Public Health Units, mobile dental busses, etc.

Since oversight of public oral health programs falls under provincial/territorial jurisdiction, the provinces and territories must take leadership to prioritize this work within their own health ministries, as well as at federal-provincial-territorial (FPT) health minister meetings. We also really need a strong political champion to emerge to address the many issues listed above.

Who are some of the groups at the forefront of advocating for a publicly funded dental care program?

National and provincial dental hygienist associations, such as the Canadian Dental Hygienists Association and provincial oral health advocacy groups, such as the Ontario Oral Health Alliance (OOHA), have been long-time leaders in advocating for the expansion and improvement of publicly funded dental care.

In addition, many grassroots, community-based advocacy groups are very active and vocal on the issue, such as the group I am involved with, the Niagara Dental Health Coalition. Increasingly, non-dental health care professionals, such as the Registered Nurses Association of Ontario (RNAO) and individual physicians, are also speaking out in favour of publicly funded dental care.

Can you tell us about some of the strategies you’ve used at the Ontario Oral Health Alliance and the Niagara Dental Health Coalition to move the needle on this issue? What has been the response?

The Ontario Oral Health Alliance uses a combination of data, such as the frequency and cost of hospital emergency department visits for dental issues, along with powerful stories of people who have been impacted by dental care access barriers, to draw attention to the issue and to seek support for change. For instance, a recent episode of CBC’s The Current featured a woman from Welland, Ontario who spoke about her difficulty accessing needed dental health care and the impact it had on her quality of life.

In turn, community groups, such as the Niagara Dental Health Coalition, use this data locally in advocacy meetings with provincial and municipal politicians.

Other examples of strategies include:

We have found the variety of strategies to be very important, and it has yielded some positive results to build momentum on the issue. To date, 17 Ontario municipalities have endorsed a resolution calling on the Premier of Ontario to expand access to publicly funded dental care. A number of provincial dental petitions with thousands of signatures from citizens from across the province have been presented in the Ontario legislature over the past 18 months.

Due to the strong support for the petitions, OOHA has had meetings with Ontario’s three main political parties to discuss ways to expand and improve public dental programs for adults and seniors on low incomes. The purpose of these meetings has been to ask for each party to include a commitment to publicly funded dental care for adults and seniors on low incomes in their platforms for the 2018 provincial election.

What are some of the challenges you’ve faced in this line of advocacy? And how have you overcome them?

One of the challenges is that rights-based language around access to dental care is not commonly used. We are missing an understanding of dental care as a fundamental human right that must be protected and ensured for all of us.

We have been working to shift this dialogue to include a rights-based approach to dental care, through conversations like these and through working with organizations such as the Ontario Human Rights Commission and Canada Without Poverty.

We are also advocating for the passage of Bill 164, which would include ‘’social condition” as a prohibited ground of discrimination under the Ontario Human Rights Code. Discrimination on the grounds of receipt of social assistance is prohibited under the Code; that means access to dental benefits tied to receipt of social assistance should be protected. But we continue to hear stories about people being turned away due to low reimbursement rates and stereotyping. The addition of “social condition” as a prohibited ground would help prevent the discrimination many vulnerable people face when trying to access dental care.

Another major challenge is the slow pace of change. Keeping issues such as this on the radar of decision makers is difficult when they are bombarded with so many other “asks.”  But we have been using a variety of strategies to garner attention from decision makers – such as those I mentioned earlier – and feel hopeful that we will see a commitment, moving forward, to expanding publicly funded options for dental care.

We spoke to Lori Kleinsmith, health promoter with Bridges Community Health Centre Port Colborne, and member of the OHRC Community Advisory Group, about the state of oral care in Canada, and the need for rights-based advocacy to universal dental care.
Sign up for our newsletters