Toronto needs to be a city with affordable housing, not a city of shelters 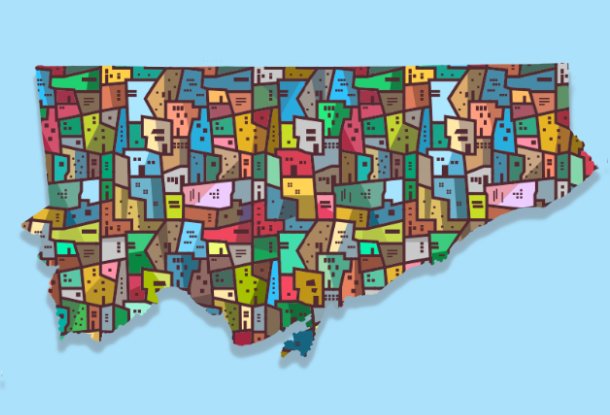 On this November 22, National Housing Day — a little more than two decades after the Toronto Disaster Relief Committee and City Council declared homelessness a national disaster — Toronto’s permanent shelter system will be operating at 94 per cent capacity.

On November 6, the City announced its winter services plan, which promised, among other measures, to make 485 new shelter spaces available for those experiencing homelessness. And while scaling up emergency services is an important and lifesaving intervention in the extreme cold, we already know that the pace at which this is happening will not meet the demand for emergency shelter come deep winter, nor keep people from losing their homes.

And it’s not just in failing to provide adequate shelter or a roof over people’s heads that we will violate human rights; the conditions in which we house some of our most vulnerable will also fail human rights standards. All of this will happen in a city of immense wealth and resources.

At the beginning of October, I hosted a visitor from the UK, Lord Richard Best. He is someone who has worked on affordable housing in the UK in a variety of structures — in the land trust model, in social housing provision, in co-ops, and now in the House of Lords.

As part of his visit, we worked with David Reycraft at Dixon Hall to arrange a visit to its rooming house projects in Cabbagetown and then, later, one of the City’s current responses to homelessness, a 24-hour respite centre on Lakeshore Boulevard. The respite centre stands next to the land occupied by the former Tent City by Cherry Beach, which was set up by residents in 1998.

Upon his return, Lord Best sent me an email summarizing his impressions from the trip:

“Homelessness is a bigger problem in Toronto than in European cities – despite the extraordinary strength of the city’s economy over recent years. Things may be much worse in the big cities of the United States, but it is shocking that conditions for some citizens in Canada are comparable to camps in war-torn Middle Eastern countries.”

What Lord Best was responding to there was the sight of 96 men and 4 women who were living in a military style tent in the city, sleeping on cots with what seemed like less than 12 inches of personal space around their cots, marked off with tape. Some of them had been living there since April; some of them were employed, and going to work while living out of this tent; and some of them were dealing with mental health issues, addictions, and other health concerns, no doubt exacerbated by the lack of stable housing.

This is not news to those who are and have been on the frontlines. Conditions in Toronto’s overcrowded emergency shelters and respite centres are now well documented in news articles and on social media. Both frontline workers and people using services have brought forward concerns about living conditions that are far from appropriate, adequate, or dignified. Longtime housing advocate and street nurse Cathy Crowe has described this expansion of temporary shelter as a “second-tier” shelter system.

And yet there might be hope. Canada now has federal legislation recognizing the right to housing.

A milestone for human rights, the National Housing Strategy Act, 2019 is a historic reclaiming of this country’s commitment to social and economic rights, in particular the right to adequate housing. It gives expression to an aspect of our social contract that has struggled to find presence in the structures that make Canada work – our laws, our institutions, and our policies.

The homelessness crisis we are looking at now stems from decades of cumulative policy decisions that have veered away from the fulfillment of social and economic rights, including the right to housing. Even as Canada has built systems like universal health care and education, we have hesitated to honour our commitments to ensuring an adequate standard of living, decent work and secure, quality affordable housing. In other words, we have hesitated to put the full spectrum of social and economic rights inherent in all of us at the centre of our decision-making.

But we have now made a different choice.

So what does this moment mean for Toronto? What can we do? How do we work towards urgent and long-term policy responses that prioritize the health, dignity, and wellbeing of the most vulnerable?

Right now, the City of Toronto is working on its next ten-year housing plan. We have an opportunity to make it a human rights-based plan. That means the City of Toronto would recognize housing as a fundamental human right and commit to fulfilling its obligations to realizing this right for all Torontonians, starting with the most vulnerable.

Mirroring the approach at the national level, a human rights-based plan will require priorities, targets, timelines, and monitoring mechanisms to track the City’s progress, as well as robust mechanisms for the input of those directly affected by homelessness and inadequate housing into the decision-making process.

It means that the City would dedicate maximum available resources to make sure housing needs are fulfilled for those most in need, which is to say that budgeting would proceed from the imperative to fulfill human rights, first and foremost.

For homelessness, that means we go into this winter with a well thought-out, fully resourced plan so that no one is left behind in the freezing weather; not a plan B when someone dies.

If our privilege has protected us thus far from this systemic failure, it’s worth remembering that this is a shared problem. It is a shared problem because we share a city. As a community, we are bound by a social contract, grounded in the recognition of our fundamental human rights and our collective responsibility to realize them. We are not making good on this contract.

So yes, we need more shelters with better resourcing, better planning, and better coordination. But let’s not just build a city of shelters. Let’s build a city with quality housing that is affordable and secure.

Elizabeth McIsaac is President of Maytree.

Homelessness is the sharp end of our affordable housing crisis, but that crisis is a human rights crisis that stretches into many corners of our city. While we need more shelter spaces, our solutions cannot begin and end there.
Sign up for our newsletters