Economic and social rights are human rights that relate to our ability to live in dignity and participate fully in our society. They include rights related to the workplace, social security, and access to housing, food, water, health care and education. They include the right to fair wages and equal pay; the right to adequate protection of income in the event of unemployment, sickness or old age; and the right to an adequate standard of living.

Canada’s obligations to protect these particular rights are outlined in the International Covenant on Economic, Social and Cultural Rights (ICESCR), ratified by Canada in 1976.

What are human rights?

Human rights are basic rights and freedoms that we are all entitled to regardless of nationality, sex, national or ethnic origin, race, religion, language, or other status. They are rights that are inherent to all human beings. We all have these rights, regardless of what laws exist or don’t exist where we live.

Human rights include civil and political rights, as well as economic, social and cultural rights. As the United Nations (UN) High Commissioner for Human Rights explains, “These rights are all interrelated, interdependent and indivisible.”

The Universal Declaration of Human Rights (UDHR) is the foundational document that defines these fundamental human rights, which must be protected for everyone. It was adopted by the United Nations General Assembly on December 10, 1948.

The United Nations has further created a number of international treaties (or “Covenants”) that define specific rights and outline the obligations of governments.

What are economic, social and cultural rights?

Economic, social and cultural rights (“social rights” for short) are those human rights relating to the workplace, social security, family life, participation in cultural life, and access to housing, food, water, healthcare and education. They include the right to fair wages and equal pay; the right to adequate protection in the event of unemployment, sickness or old age; or the right to an adequate standard of living.

The ICESCR lists these rights and outlines the obligations of the State to protect them. It was ratified by Canada on May 19, 1976.

What are civil and political rights?

The ICCPR, which Canada also ratified in 1976, outlines the rights and obligations of States to protect freedom of expression and assembly, voting rights, religious freedoms, property rights and right to privacy. In Canada, individual civil and political rights enjoy stronger protections and greater public awareness than rights established under the ICESCR.

Why are “indivisible” human rights divided into two covenants?

In the aftermath of World War II, the UDHR was meant to establish not only democratic governance and civil rights, but also secure rights to education, health care, housing, and social security.

However, in the negotiation of human rights treaties based on the UDHR during the Cold War, the two categories of rights were split along ideological lines in 1966. Civil and political rights were linked to western capitalist values, while economic, social and cultural rights were linked with socialism. Thus, instead of a single treaty as originally envisioned, countries were given the option to ratify either or both Covenants. Canada ratified both Covenants, whereas some nations only adopted a single covenant.

What is meant by “negative” and “positive rights”?

On the other hand, social rights – those under the ICESCR – are often framed as “positive rights.” This means governments have the duty to act to provide a certain standard or level of access to housing, food, and education in order to meet their obligations. The ICESCR requires States to engage in progressive realization toward the fulfillment of these rights (in addition to obligations that must be immediately met).

While social rights are often associated with higher levels of investment, both sets of rights involve negative and positive elements. For example, significant investments must be made to ensure a robust court system, provide legal aid, or hold fair elections – all of which are necessary to fully realize civil and political rights.

Are all social rights subject to “progressive realization”?

The concept of progressive realization recognizes that fully achieving social rights cannot happen overnight. For example, fulfilling the right to housing does not mean (unfortunately) that everyone who is homeless receives adequate and secure housing immediately, but instead that the government will take a series of steps towards meeting that goal over time.

There are however a number of immediate actions that all States, regardless of wealth, must take to meet their obligations under ICESCR. In particular, governments must:

How do economic and social rights relate to poverty?

While poverty is not explicitly mentioned in the ICESCR, it is a recurring theme in the Covenant. Poverty has also been an ongoing concern for the UN Committee on Economic, Social and Cultural Rights as well as civil society organizations – especially as it relates to protecting the economic, social, and cultural rights of the most vulnerable populations. In fact, the protection of economic, social, and cultural rights, such as the right to work, housing, or food, has a direct impact on poverty.

In a special statement in 2001, the Committee wrote: “In the light of experience gained over many years, including the examination of numerous States parties’ reports, the Committee holds the firm view that poverty constitutes a denial of human rights.” (Emphasis added.)

Why is a human rights approach to poverty necessary?

A rights-based approach positions people as active agents with a claim to a life with dignity, well-being, and opportunity, rather than as supplicants forced to knock on the door of the system that failed them in the first place.

A rights-based approach rejects the false dichotomy of the “deserving” and “undeserving,” as well as the notion that “merit” could possibly be a legitimate criterion for accessing rights.

Human rights and the law

How are international human rights commitments applied in Canada?

Canada’s commitments to international treaties are implemented by adopting Canadian laws that match or exceed protection afforded by the signed treaties.

Compliance with international human rights law relies primarily on the Canadian Charter of Rights and Freedoms, which applies to all orders of government. The Charter affirms the unified architecture of rights under the UDHR, in particular through Section 7, which guarantees “the right to life, liberty and security of the person,” and Section 15, the commitment to “substantive equality.”

Who is responsible for respecting, protecting and fulfilling human rights?

International human rights in treaties ratified by Canada are relevant to the interpretation of all laws and policies applied by all orders of government. While it is the federal government that formally ratifies human rights treaties, it can only do so in good faith if all orders of government commit to implementing these obligations within the areas of their jurisdiction. When Canada ratified the ICESCR and the ICCPR, it accepted that their provisions “extend to all parts of federal States without any limitations or exceptions.”

Justiciability refers to whether a right is considered legally enforceable by the justice system. In other words, it allows a person or a group to seek remedy to a violation of their rights through the courts.

Social rights are justiciable and have been enforced by courts all across the world. These cases have helped to further clarify and articulate what compliance with housing, education, health and other social rights specifically requires of governments – from improved service standards to increased participation of affected groups. However, the justiciability of social rights has been frequently challenged by States, including Canada.

There are different explanations for Canadian courts’ reluctance to consider cases concerning violations of social rights. One main reason is the notion that courts should not interfere in the policy-making process, on which the realization of social rights largely depends. However, ensuring public policies comply with obligations under domestic and international human rights law is, arguably, an important function of the courts. The UN has recommended that Canada commit to reviewing litigation strategies to foster the justiciability of economic, social, and cultural rights.

How is compliance with human rights obligations monitored?

UN committees undertake regular (“periodic”) reviews of States’ compliance with various treaties they have signed and committed to throughout the years. For social rights, national governments are responsible for submitting an official report to the Committee on Economic, Social and Cultural Rights (CESCR), detailing how they are meeting their obligations. In addition, input to the Committee is welcome, though not legally required, from provincial and municipal governments, as well as civil society, advocacy groups, and others.

UN Special Rapporteurs also play a role in highlighting systemic barriers to the progressive realization of social rights and assessing compliance. They are individuals appointed for a period of time to visit countries and report on specific issues, such as food security, Indigenous rights, or housing. 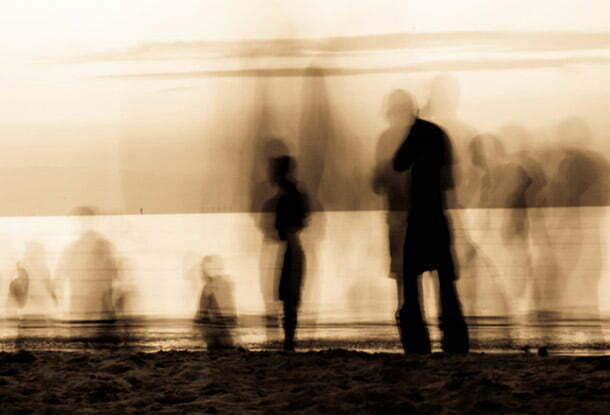